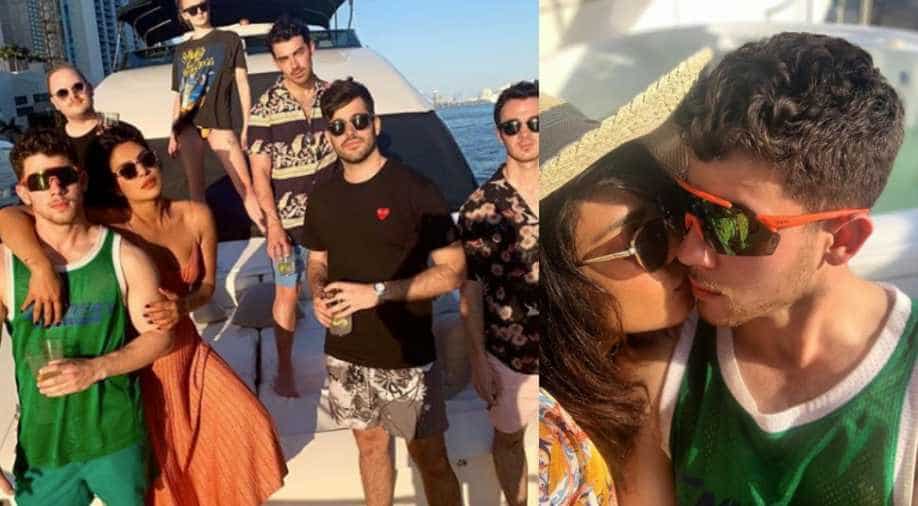 The Jonas family is currently holidaying in Miami.

Priyanka Chopra and Nick Jonas are currently in Miami having the time of their lives as they enjoy their vacation with the Jonas family.

Priyanka took to her Instagram to share photos that would make anyone envious. She posed for photos with her husband Nick and some with Sophie Turner, her future sister-in-law. Sophie is engaged to be married to Joe Jonas, Nick’s older brother.

Both Sophie and Priyanka, two girls in a gang of boys kept it fun and cool with their attires. While Sophie sported a no-makeup look, Priyanka had some lipstick and blush on.

When the crew looks this good 🎉🙌🏽❤️

Priyanka was also seen with Sophie and the others in a music video titled ‘Sucker’. It was the reunion song by the Jonas Brothers. The song, soon after its release, became the No .1 song on Hot 100 Billboard list.