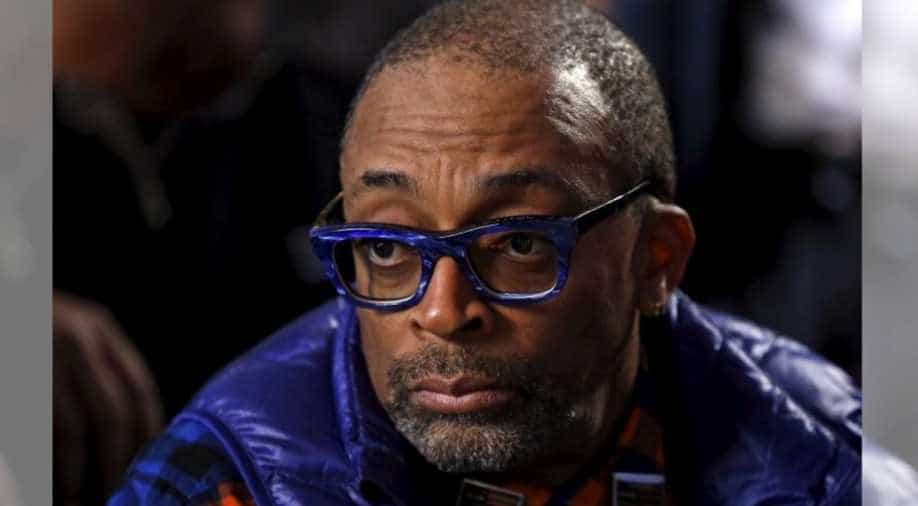 'BlacKkKlansman' is a searing yet sometimes hilarious broadside against racism with the stranger-than-fiction true story of an African-American police officer who managed to infiltrate the highest levels of the Ku Klux Klan.

For more than 30 years, Spike Lee has captivated audiences -- and sometimes angered them -- with his provocative, frank depictions of black America infused with his signature mix of entertainment, activism and rage.

And for the first time, that work has earned him a competitive Oscar as the 61-year-old Lee picked up the prize for best-adapted screenplay on Sunday for his incendiary race drama 'BlacKkKlansman.'

"Four hundred years. Our ancestors were stolen from Mother Africa and bought to Jamestown, Virginia, enslaved," he said, referring the first documented Africans to come to the first English settlement in the Americas, in 1619.

It was a rousing impromptu address, delivered from the stage at Hollywood's Dolby Theatre, during which Lee spoke of slaves forced to carry out back-breaking work from dawn until dark.

He paid tribute to his grandmother, who "lived to be 100 years young, who was a Spelman College graduate even though her mother was a slave."

'BlacKkKlansman' is a searing yet sometimes hilarious broadside against racism with the stranger-than-fiction true story of an African-American police officer who managed to infiltrate the highest levels of the Ku Klux Klan.

John David Washington, son of Denzel, stars as that cop, Ron Stallworth. Oscar nominee Adam Driver plays his white partner, who acts as his proxy for the actual undercover operation.

Lee has inspired other black directors for decades.

Michael Genet, an actor and screenwriter who penned the script for Lee's 2004 comedy "She Hate Me," says Lee "opened the doors for everybody who's come after him."

African-American director Ryan Coogler "couldn't be who he is today with 'Black Panther' without Spike Lee doing what he did," Genet adds. "It's impossible."

Lee -- born Shelton Jackson Lee in Georgia on March 20, 1957 -- was the son of a jazz musician father and an English teacher mom.

He was primarily raised in Brooklyn, which is home to his production company 40 Acres and a Mule Filmworks.

Lee -- a small man with a piercing gaze from behind his round glasses -- graduated from Atlanta's Morehouse College, a historically black, all-male school, with a communications degree.

He took film classes at Clark Atlanta University and earned his Master's, focusing on film and television, from New York University.

In the hot summer of 1985, Lee filmed 'She's Gotta Have It' in two weeks in Brooklyn's Fort Greene neighbourhood. The black-and-white feature was his breakout moment.

He even acted in that first film, taking the supporting role of motor-mouthed Mars Blackmon, one of the main character's three suitors.

John Canada Terrell, one of his co-stars in the movie, described Lee as a "very strange cerebral kind of cat."

"Spike was always quiet. He kept to himself but I called him the idea man," recalls Herbert Eichelberger, an associate professor of film at Clark Atlanta University whom Lee calls his mentor.

"He would come with all kinds of ideas about doing films and making certain kinds of approaches to a situation."

"From the start, he was a good storyteller," says Eichelberger, who thought Lee's career would be focused on documentaries, given his keen powers of observation of society around him.

But Lee would only embrace that format in 1997 with '4 Little Girls' -- the Oscar-nominated story of the racially motivated bombing of an African-American church during the US civil rights movement.

In the decade in between, Lee established himself as a force to be reckoned with, producing films that often had a political bent like 'Do The Right Thing,' 'Malcolm X' and 'Jungle Fever.'

Lee remained outside the usual Hollywood glare, mindful of maintaining control of his own marketing, distribution and editing. His features starred mainly black casts.

That allows him to tell the stories as he sees them, blending human relationships with social themes and dark humour.

Today, Lee -- a fixture at New York Knicks games -- is respected as a director of films with wide appeal that depict American society and culture with razor-sharp clarity.

The success of 'She's Gotta Have It' catapulted Lee to unexpected stardom -- he made a series of black and white Air Jordan ads for Nike, in character as Mars Blackmon and co-starring NBA legend Michael Jordan, that changed sports marketing forever.

Lee has made various other commercials and music videos over the course of his career.

He also has sometimes turned away from his usual films to direct more traditional Hollywood fare like the crime thriller 'Inside Man' (2006) -- one of his greatest box office successes.

Lee earned an honorary Oscar in late 2015 for his "extraordinary contribution" to film, but before this year had never won a competitive Academy Award.

And he came full circle in 2017 with a TV series based on 'She's Gotta Have It,' directing all 10 episodes of the first season for Netflix. A second season is coming, but the streaming giant has not given a premiere date.