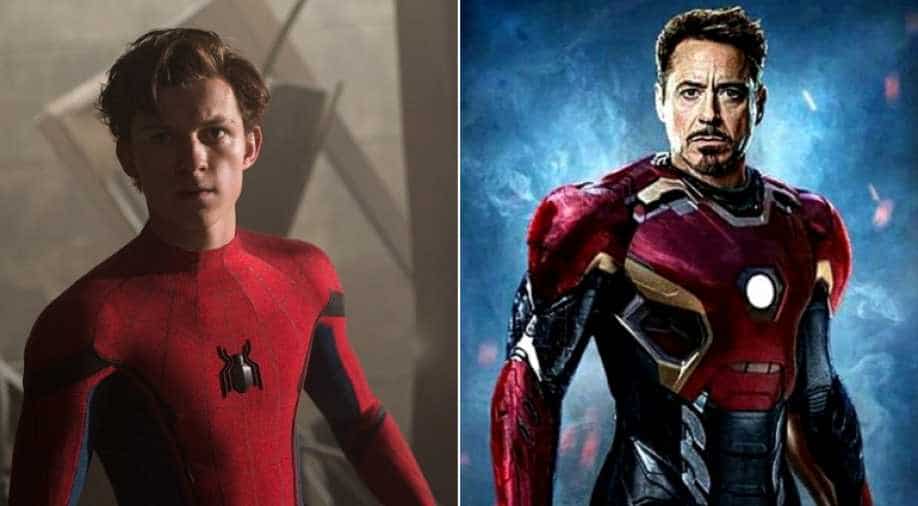 Tony Stark has been a father figure for Peter Parker ever since the franchise got a reboot. Photograph:( WION Web Team )

The absence of Tony Stark from the trailer have got fans thinking.

As MCU released the first teaser trailer of 'Spider-Man: Far From Home', fans rejoiced all over the world to see their friendly neighbourhood superhero to have made a comeback on the big screen again. After all, his death in the last 'Avengers' film had left many worried. So it can be said with certainty, that it isn't yet the end of some of our favourite superheroes after their shocking deaths in 'Avengers: Infinity War'.

The trailer gives a glimpse of Nick Fury as well but fans have been wondering where Iron Man is. The superhero has been a father-figure of sorts to Spider-Man ever since the franchise got a reboot. But Iron Man's absence from the new film's trailer has made fans go on an overdrive guessing the plot of 'Avengers: End Game'.

His absence has also made it certain for many that 'Avengers: End Game', will be the last film for Iron Man.

The 'Avengers: Endgame' trailer had shown Tony Stark stranded in space, running out of oxygen and food, and slowly giving up, with no rescue in sight.

When Tony Stark isn’t in the trailer
pic.twitter.com/O6GZpoy8xq#SpidermanFarFromHome

#SpiderManFarFromHome After watching Spider-Man's trailer, I know that Iron Man is dead.

- Pepper Potts signed the check from the Stark Relief Foundation
- Peter looked at the suit Tony gave him with sadness in his eyes
- Happy said "You're all alone"
-Tony Stark is DEAD 😭#SpiderManFarFromHome pic.twitter.com/6nCjFDUch6

Me ignoring VERY CLEAR signs that The Tony Stark might be dead #SpiderManFarFromHome pic.twitter.com/PYwt32HCTy

Whether Iron Man gets to live or not is something that we will have to wait and watch. Till then, fans can keep making theories about the superhero and his ultimate fate.