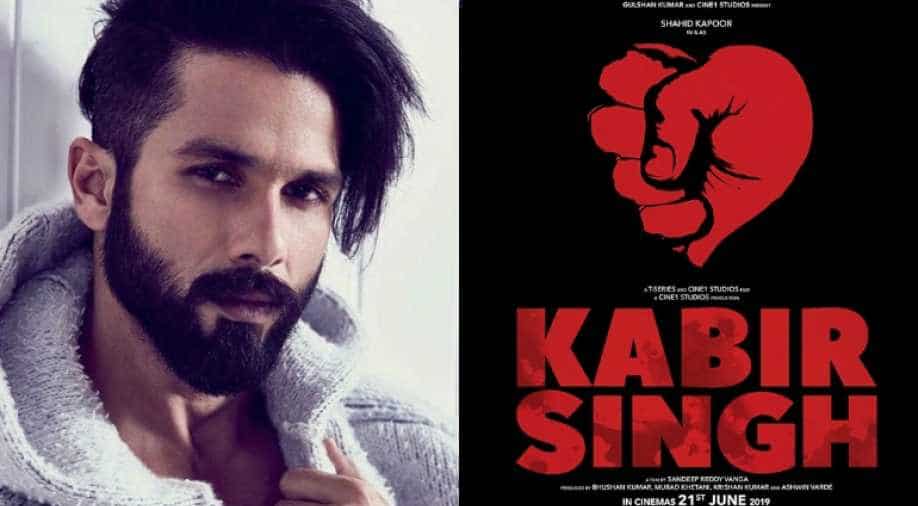 Directed by Sandeep Vanga the Hindi film shifts to Mumbai and Delhi whereas the original was based in Bangalore and Hyderabad.

The highly anticipated Hindi remake of Telugu hit 'Arjun Reddy' has found a title. Leading man of the film, Shahid Kapoor shared the first poster of 'Kabir Singh' on social media on Friday.

Directed by Sandeep Vanga the Hindi film shifts to Mumbai and Delhi whereas the original was based in Bangalore and Hyderabad.

Perhaps keeping with the new milieu and a pan-India audience in the mind, the makers have decided to rename the film as Kabir Singh.

"#ArjunReddy was loved and appreciated now it is time for #KabirSingh! Get reddy to see him in 2019,” Shahid tweeted as he shared the first poster. The actor started shooting for Kabir Singh from October 21 after his paternity break.

“The protagonist is a Punjabi like Shahid who is best suited for the part because he emulates both power and vulnerability, ” a source was quoted as sayiong to a daily. For the role, Shahid has been spoorting long hair and beard for a while now.

The film stars Kiara Advani in the lead. In the original, Telugu actor Deverakonda plays a man who descends into a spiral of self-destruction after his girlfriend marries another man.
Just like the original, Kabir Singh will show the protagonist as a medical student who then goes on to become a professional.