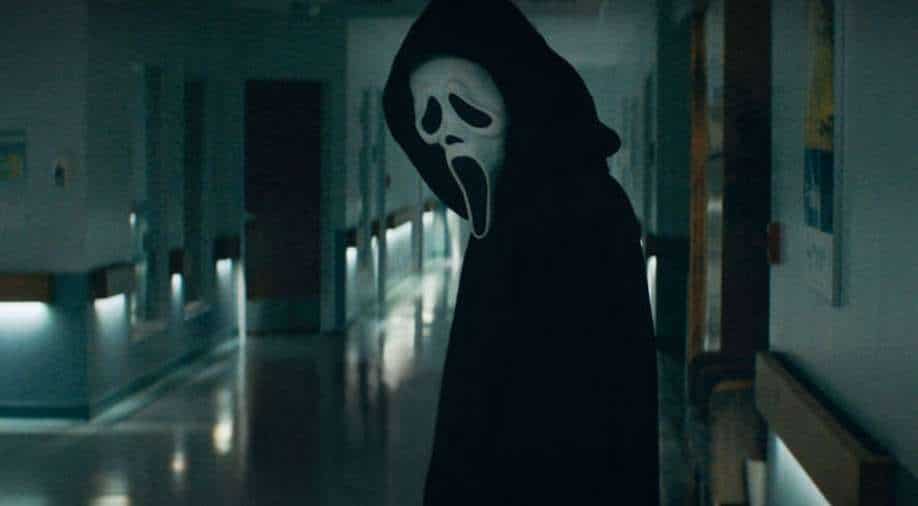 Throttled by a corrosive self-awareness, the latest 'Scream' is a slasher movie with resting smug face, so enamored of its own mythology that its characters speak of little else.

Throttled by a corrosive self-awareness, the latest 'Scream' is a slasher movie with resting smug face, so enamored of its own mythology that its characters speak of little else.

This self-referential chatter, disguised as commentary on the franchise within the franchise, “Stab,” means that there’s scarcely a line of dialogue that doesn’t land with a wink and a nudge.

“There are certain rules to surviving a ‘Stab’ movie,” Dewey (David Arquette), now a disgraced former police officer and overimbiber, tells the latest batch of potential victims. But the knowingness that was cute in Wes Craven’s original picture has, over the course of 25 years and three sequels, curdled into complacency, leaving James Vanderbilt and Guy Busick’s screenplay so marooned in the meta it feels weirdly plotless. Thus Dewey, having suffered a total of nine stabbings during the series, is now viewed as an expert to the teenagers seeking his advice when the Ghostface killer once again stalks the streets of Woodsboro.

This will require Dewey to sober up, rejoin the force and reunite with his longtime crush, Gale (Courteney Cox), now a TV anchor in New York. The eventual reappearance of Sidney (Neve Campbell), possibly the slasher canon’s most repeatedly traumatized heroine, completes the original threesome. Their return to Woodsboro also fulfills one of the rules of this so-called requel — not quite a remake, and not exactly a sequel — as recited by Mindy (Jasmin Savoy Brown, currently knocking it out of the park on Showtime’s “Yellowjackets”), a high schooler and the script’s main receptacle of horror movie trivia. What’s a requel without legacy characters?

“Scream” may not define itself as a remake, but much of it wallows in reminders of the foundational film. From the ringing landline that introduces the opening attack, to the painstaking re-creation of one infamous character’s home, the movie revels in visual and aural callbacks. Yet by designing a movie that seems solely intended to placate an avid fan base, the directors, Matt Bettinelli-Olpin and Tyler Gillett (two-thirds of the collective known as Radio Silence), paint themselves into a creative corner. They’re so busy looking backward, they’re unable to see a coherent way forward.

Franchises, of course, have always pandered — it’s in their DNA — but rarely has one groveled quite so thirstily for fan approval. The result is a picture so carelessly plotted, and so coarsely photographed, that it traps its cast in a deadening cycle of blasé snark and humdrum slaughter. This makes the touching warmth of Campbell’s and Arquette’s too-brief appearances feel imported from a more innocent, earnest time.

Also operating on a different plane is the terrific Melissa Barrera as Sam, a fragile Woodsboro returnee hiding a terrible secret. Sam’s back story is little more than a sketch, but Barrera, who mesmerized me for weeks in the recent Starz drama “Vida,” begs us to care about her anyway. She’s a marvel.

Wearyingly repetitive and entirely fright-free, “Scream” teaches us mainly that planting Easter eggs is no substitute for seeding ideas.

“I’ve seen this movie before,” Sidney remarks at a critical moment. Oh girl, I hear you.