Sara Ali Khan has been preparing for Bollywood since 2000 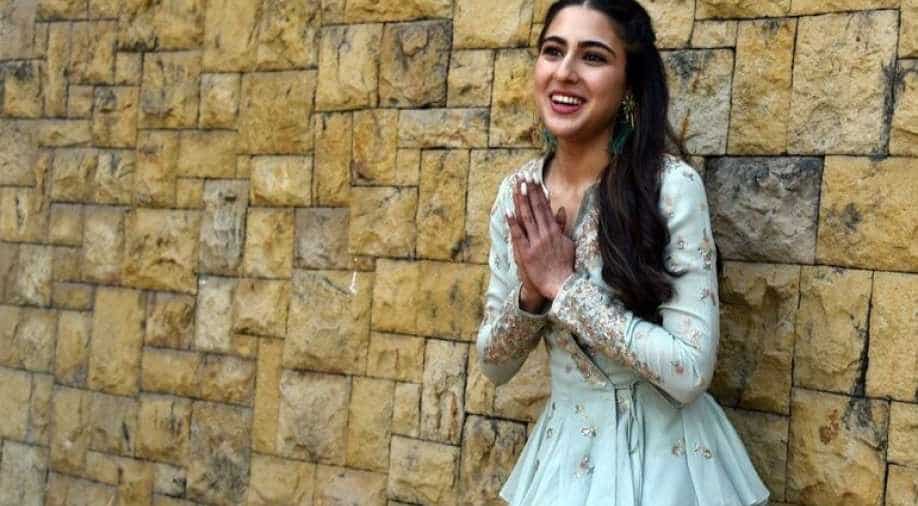 The 24-year-old is currently shooting 'Coolie No 1' where she has been paired opposite Varun Dhawan.

While her first Bollywood debut came just last year, Sara Ali Khan has been waiting for her shot since 2000! She might be a newbie to the industry but Sara has been prepping for it since long and the proof is her Instagram post! Dressed in Ghagra Choli, and dolled up with earrings.

The actor shared pictures of her adorable mini-version posing for the camera. "Waiting for my shot since 2000," she captioned.

The 'Kedarnath' debutant put out three stills of her where one of them features her head covered in a dupatta lengthier than her which will surely make you go aww! Daughter of actor Saif Ali Khan and Amrita Singh, Sara made her debut alongside Sushant Singh Rajput in the 2018 release 'Kedarnath'.

Proving her prowess in the first release, Sara starred opposite Ranveer Singh in 'Simmba' which opened in theatres in December last year.

Keeping the wheel of her projects running, the 24-year-old is currently shooting 'Coolie No 1' where she has been paired opposite Varun Dhawan.

The film is the remake of the Govinda and Karisma Kapoor starrer film of the same name with both being directed by Varun's father and filmmaker David Dhawan. The upcoming feature will be produced by Vashu Bhagnani, who also bankrolled the 1995 classic.