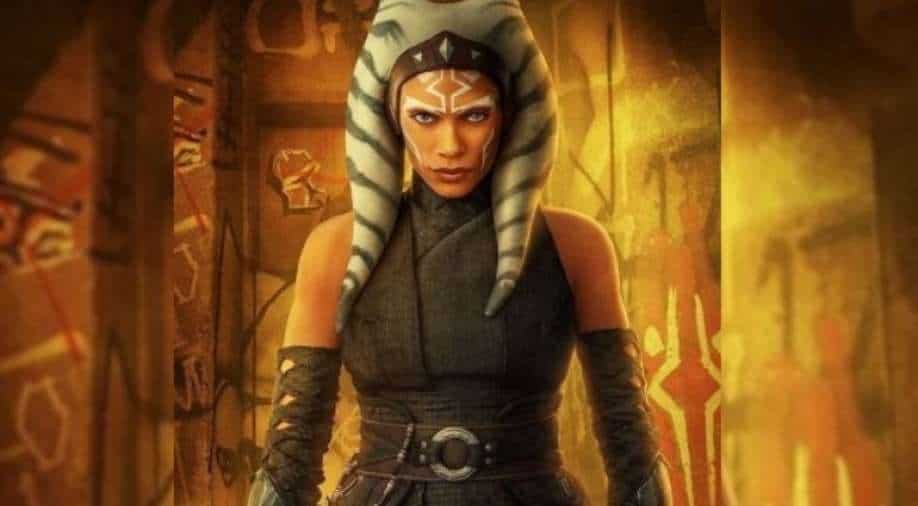 The beloved character that originated in the animated shows 'Star Wars: The Clone Wars and Star Wars Rebels', with Tano voiced by Ashley Eckstein and has been one of the most talked-about characters for the fans. In 'The Mandalorian' the character reveals the name and origin of Baby Yoda.

Rosario Dawson made her first appearance in the Star Wars universe with the latest episode of 'The Mandalorian', playing the iconic character Ahsoka Tano.

The beloved character that originated in the animated shows 'Star Wars: The Clone Wars and Star Wars Rebels', with Tano voiced by Ashley Eckstein and has been one of the most talked-about characters for the fans. In 'The Mandalorian' the character reveals the name and origin of Baby Yoda.

In an interview with Vanity Fair, Dawson revealed that fans were the 'biggest reason' she landed the role.

''It first came from fans online. Someone tweeted me and fancast me. I retweeted back and I was like, 'Absolutely, yes please' and '#AhsokaLives,'' she began.

'And apparently, that got the attention of someone who has been doing the Star Wars press for years,' Dawson added.

The actress added the tweet was 'forwarded' to Star Wars Rebels creator Dave Filoni, who also wrote The Mandalorian's episode 'Chapter 13: The Jedi', where Tano debuts.

"That kind of started a whole thing. I was like, "Oh my goodness, did I just get fan-cast in something?" And then nothing happened,' she added.

Filoni himself added, 'That was the first time and I looked at Rosario and I thought, Huh. Yeah, I think maybe she would make a good Ahsoka.'

"I just kept loosely aware of what she was up to, and she was doing some Marvel things. But I’d seen interviews with her where she would talk about wanting to play the character and her excitement, so it was interesting," Filoni added.

He also clarified that there were no formal plans to bring in the Ahsoka Tano character at that time, but he brought her up when speaking with The Mandalorian creator Jon Favreau.

"But when I started working with Jon Favreau, I’d bring up the character and he’s like, "Well, who are you thinking of playing her?" I said, "Well, Rosario Dawson’s top of my list," and he’s like, "I know her!" So immediately that starts to fit really well,' he said.

Dawson added she got a FaceTime call with Favreau and Filoni as they were 'building out' the show, adding, 'and I got to have a behind-the-scenes look at visuals and concept [from] what they were planning on doing with this second season.'

On being asked if she was aware of the character, Dawson added that she had seen some of Star Wars: The Clone Wars, the animated series that preceded Star Wars Rebels, where Tano debuted.

"Once I got the role, I actually went and started watching everything in its order. I started seeing a lot more of the connective tissue," she said.

In 'Star Wars: The Clone Wars', Tano leaving the Order was a 'major trigger' for Anakin Skywalker, played by Hayden Christensen in the Star Wars prequels, to head to the Dark Side and become Darth Vader.

Dawson also revealed that she had another interest in that character because she was in the same acting class with Hayden Christensen as a teenager.

"I had a particular kind of interest in her and in that character because when I first started acting at 15, I did this movie, Kids, and I got paid like $1,000 to work on it. When the movie came out, I decided at 16 that I wanted to continue pursuing acting. My dad’s mom said, “Well, if you’re going to do that, and you’re 16 years old, then you need to study acting,” and put me in Strasberg. And it happened to be that summer when Hayden Christensen was in—we had the same class," she said.