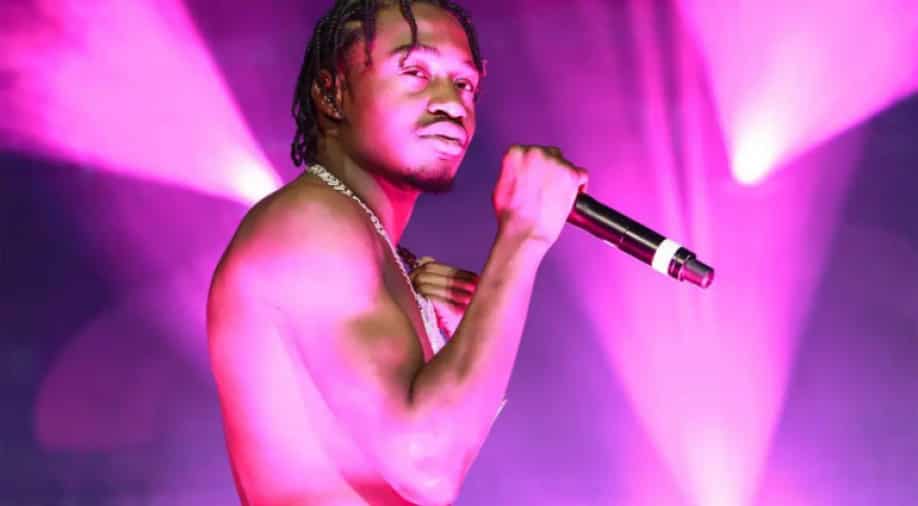 Lil TJay is an American rapper and singer who enjoys a huge Instagram following and has so far released two studio albums.

New York-based rapper Lil TJay was shot in New Jersey on Wednesday morning. T Jay was taken to the hospital quickly where he underwent emergency surgery.

Lil whose real name is Tione Jayden Merritt was shot multiple times on Wednesday (June 22) when he was out shopping with his friends. ''Just after midnight, on Wednesday, June 22, 2022, the Edgewater Police Department received multiple 911 calls reporting shots fired in the area of 14 The Promenade in Edgewater, Upon their arrival to the area, officers found 21-year-old Tione “Lil TJay” Merritt with multiple gunshot wounds and Antoine Boyd with a single gunshot wound, '' the Press release reads.

As per TMZ, the source said that the rapper is out from the surgery and doing fine now, ''but he’s still not out of the woods yet''.

In pics: 6 Hip hop stars & rappers from Sidhu Moose Wala to Tupac Shakur who were gunned down

As per the officials, it was a robbery case and arrests have been made. Mohamed Konate, who first tried to rob TJay and his friends were arrested by the detective later that day. He has been charged with three counts of first-degree attempted murder, three counts of first-degree armed robbery, second-degree possession of a weapon for an unlawful purpose, and second-degree unlawful possession of a weapon.

Tjay's two friends Jeffrey Valdez and Antoine Boyd (who was also shot) were also arrested for unlawful possession of a weapon.

Who is Rapper Lil TJay

Lil TJay is an American rapper and singer who enjoys a huge Instagram following and has so far released two studio albums and both were chart-toppers. Rapper's 2021 song 'Calling My Name' was ranked at number three spot on Billboard Hot 100.

T Jay rose to fame in the year 2018 with his song 'Resume' and later he signed a contract with Columbia Records, which helped the rapper with his two albums 'True 2 Myself' and 'Destined 2 Win'.