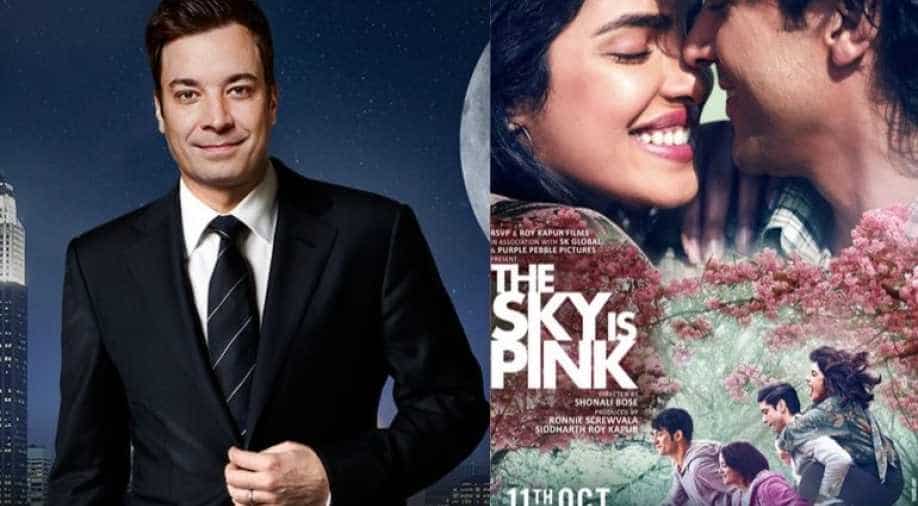 'The Sky is Pink' promotion at 'The Tonight Show With Jimmy Fallon' Photograph:( Twitter )

'The Sky is Pink' has become the first Hindi film to be promoted on this famous US TV show.

Global sensation Priyanka Chopra Jonas, who is busy promoting her upcoming film 'The Sky is Pink' in a whirlwind tour, will be appearing at the famous NBC primetime talk show 'The Tonight Show With Jimmy Fallon', where she will be seen promoting the flick.

With Priyanka's appearance at the show, 'The Sky is Pink' has become the first Hindi film to be promoted on this famous US TV show. PeeCee shared a glimpse of her look while getting ready for the show. Read movie review here

In the pictures shared by the star on her Instagram, the 37-year-old actor can be seen choosing a fuss-free yet trendy look. She donned a turquoise turtle neck with a matching mini skirt along with a pair of tanned heels and sleek hair which will surely take New York City by a style storm.

The 'Quantico' actor shared a series of pictures from the sets, catching the attention of her fans who are all excited to see her in the show. In one of the pictures, the actor posed with a sticker where her name was written as the special guest on the famous show. 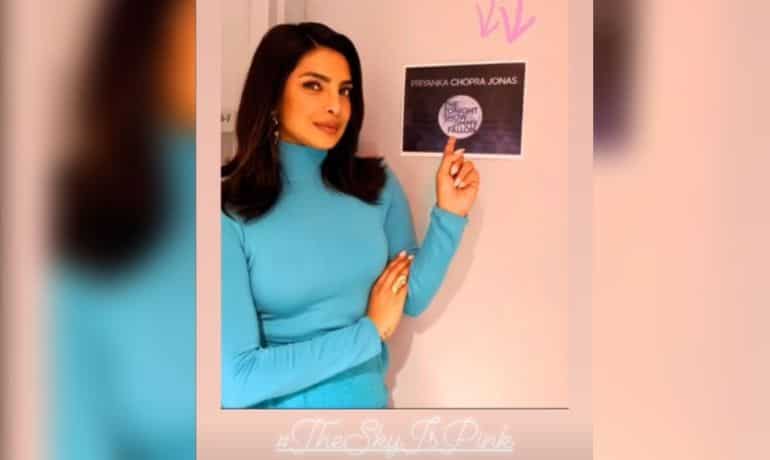 'Tonight, on The Jimmy Fallon show,' she captioned the Instagram story. In the second click, Priyanka can be seen sitting on the show while giving a reminder. 'Don`t miss it tonight at 11:35 pm on NBC,' she wrote.

Talking #TheSkyIsPink (after Hot Ones wings 🔥) on @fallontonight at 11:35pm EST on NBC! Hot sauce 400x spicier than a jalapeño...don’t try this at home!!

The actor also uploaded the behind-the-scenes video which appears from her dressing room where she is seen getting ready for the show.

In the following videos, Priyanka shared a hilarious moment when she was asked to eat spicy chicken wings by the host Jimmy and how she was blown away after eating it. "Jimmy makes me eat dangerously hot chicken wings...," she captioned the video.

While in the second video she wrote, "And then Jimmy drags me back on stage to talk about the Sky is Pink".The star earlier appeared on the show in June this year to talk about her equation with Nick Jonas and her rom-com film 'Isn't It Romantic'.

The film which received a thunderous response at the Toronto International Film Festival is based on the life of Aisha, who became a motivational speaker after being diagnosed with an immune deficiency order at the age of 13.

It also sheds light on the love story of her parents. The flick will hit the screens today, on October 11.