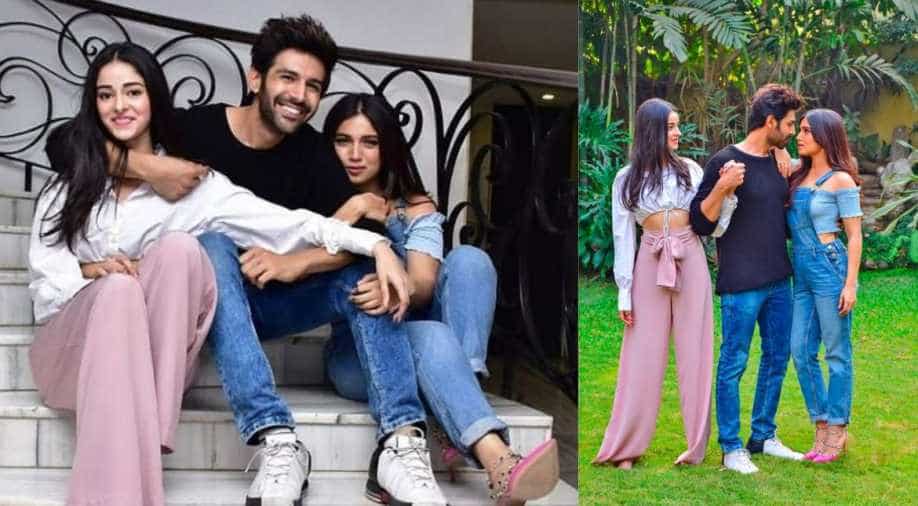 The film is an adaptation of the 1978 drama of the same name, which featured Sanjeev Kumar, Vidya Sinha and Ranjeeta Kaur in the lead roles.

The 20-year old shared the clip on her Instagram of the same and wrote, "Revenge never tasted sweeter Kartik Aaryan."

Ananya thanked Lucknow where she had been shooting for a while and added, "Thank u Lucknow for all the traditional food and so much love."

The team completed shooting earlier in the day and actor Aparshakti Khurrana shared the pictures from the sets along with his hairstylist, make-up artist and personal assistant.

"These three people make my life so easy. Meet Irfan who is the best hairstylist then Mahesh my make-up artist and finally Shiva, my man Friday(he carries each and everything in his bag including love," he wrote on his Instagram story.

The film also stars Bhumi Pednekar in a pivotal role. The film is an adaptation of the 1978 drama of the same name, which featured Sanjeev Kumar, Vidya Sinha and Ranjeeta Kaur in the lead roles. The original one revolved around a married couple Ranjeet (Sanjeev) and Sharda (Vidya) and how things change after he gets involved with his secretary Nirmala (Ranjeeta).

The upcoming film is slated to release on December 6, this year.