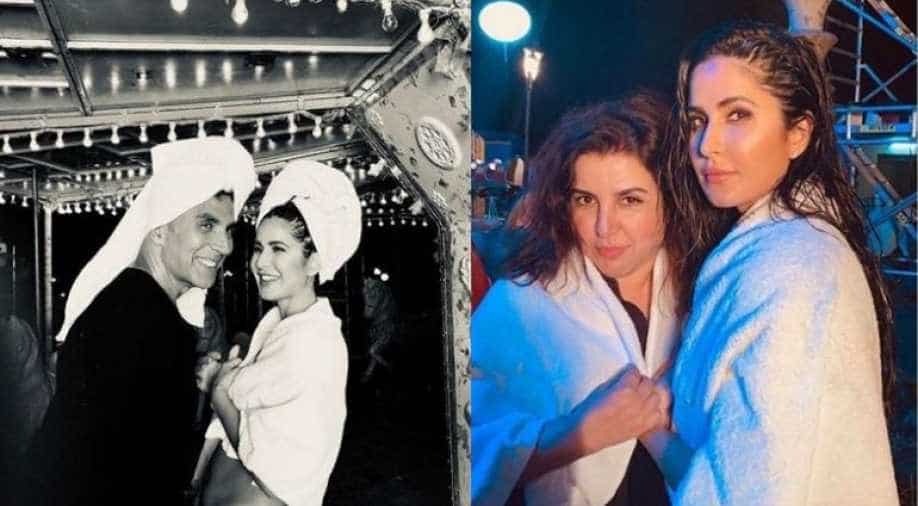 The remake song will have Katrina Kaif romancing Akshay Kumar.

We have been sharing BTS photos of Katrina Kaif with Akshay Kumar as the duo shoot for a remake of iconic song ‘Tip Tip Barsa Pani’ for their film ‘Sooryavanshi’.

As the two look excited to be a part of something that has been one of the most sung and popular songs in the history of music, there is something that Raveena Tandon has to say on the remake.

Who can forget Raveena dancing in rains, draped in a sexy yellow-mustard saree as Akshay tries to match up to her grace and oomph. She is afterall the original ‘Tip Tip Barsa Pani’ girl.

The song is special for Raveena and Akshay also because the two were then in a relationship.

Akshay also spoke about the remake as he wrote, “I would’ve definitely been disappointed if any other actor would’ve recreated Tip Tip Barsa Paani, a song which has been synonymous with me & my career & I can’t thank Ratan Jain ji enough. At times like these you realize, we may have come a long way but we also go back a long way.”

Meanwhile, Katrina has been posting photos from the shoot as she is seen wrapped in a towel with Akshay Kumar, Farah Khan and their director Rohit Shetty.