'One day rules will change’, says ex Ms Ukraine to WION as she takes legal action against Miss World pageant 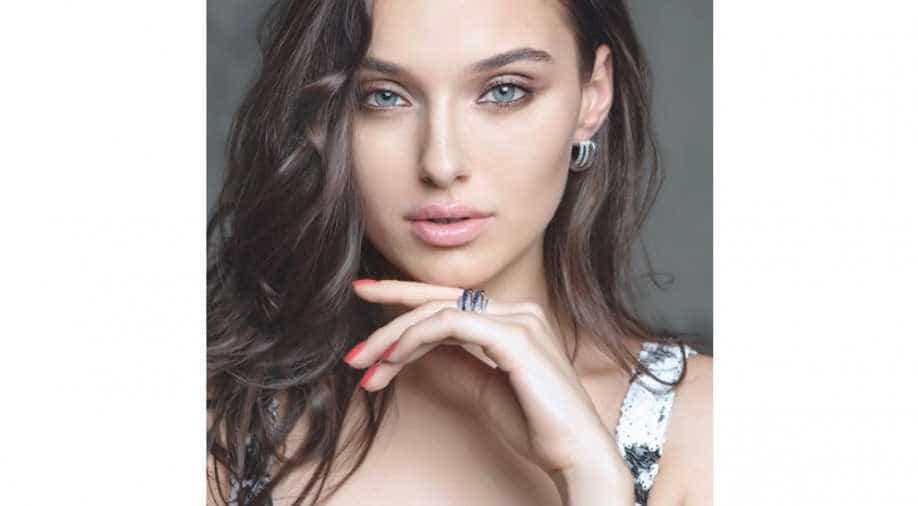 In an exclusive interview with WION, former beauty queen Veronika spoke about she was shocked after being dethroned due to such rules.

'I am now happy to what has happened to me as I can raise such a big and personal issue' - says Veronika Didusenko, a former Miss Ukraine who was stripped of her crown when the organisers of the Miss World pageant banned her for being a mother to a 5-year-old kid. She has now launched legal action against the contest, demanding a rule change.

In an exclusive interview with WION, Veronika spoke about she was shocked after being dethroned due to such rules.

WION: Tell us about your story, your win? Were you surprised when you were disqualified?

WION: How did you think of legal action against Miss World? What was the reaction in your home country about it?

Veronika: The rules are so outdated, old fashioned, ridiculous and I still don't believe those rules. I think mothers are being sidelined, so we sent a letter to the Miss World organization, it's Head Office is located in London. But we did not get any response from them. Now we are going to file a complaint to the UK Human rights commission. We hope that they will react and change the rules.

If you ask me about support, then I got a lot of support for my social media. Every day I got hundreds of messages from people all around the world. (Indonesia, India, Turkey, South America, France). So huge international support.

WION: You are a beautiful, intelligent successful woman, why would you want to be a part of such an archaic institution?

Veronika: I believe that if the competition is inclusive it can be a perfect platform to develop your charity costs like it was in my case. I wanted to develop my charity project. Beauty pageants can help empower women and break gender stereotypes. It empowers contestants. But there are maybe some countries, where people don't want married women or women with kids to take part. But there is no base to discriminate someone. This is discrimination.

WION: What is your message to mothers?

Veronika: I want mothers to understand that they can achieve any of their dreams. They can pursue any of the goals. In the 21st century, women are successfully balancing their careers in parenting and nothing can stop them from it. So, I want them to believe in themselves.

I am now happy with what has happened to me as I can raise such a big and personal issue nowadays. If you open my Instagram page..you will see so many messages from mothers, from many countries who think that being a mummy cannot help them in developing their careers. I was crying after reading those messages for weeks because it is so heartbreaking. I want them to believe that women can do anything and Miss World should allow them to participate.

As I am a fashion model, I worked with the biggest fashion houses and there are all size models -- mothers, pregnant mothers.

Veronika: Let me think...he knows that I do a lot of charity for sure. I cannot tell him the whole story as it's not finished yet. He feels mum's a good girl. She is doing a lot of charity. He supports me.

WION: How long do you intend to push the campaign?

Veronika: Until the rules are changed. I am sure that sooner or later, it is going to happen anyway. I believe that one day they will be challenged and changed.