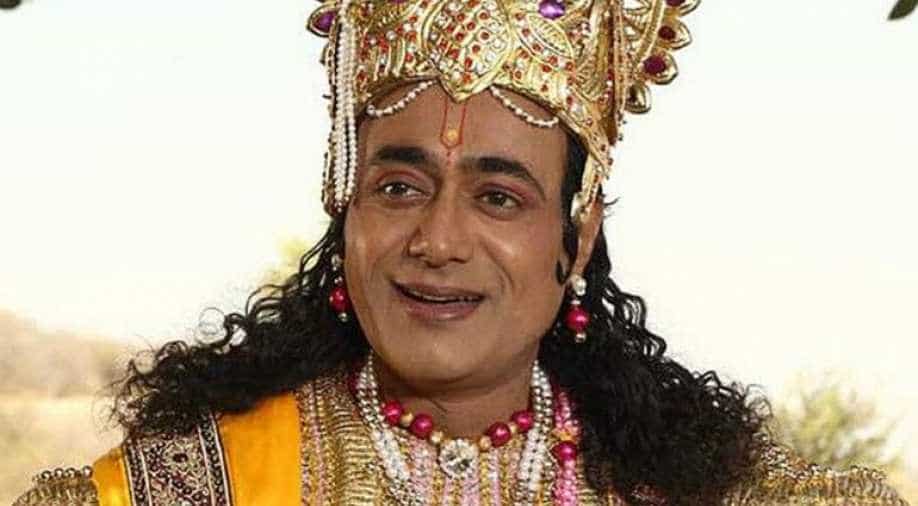 Nitish Bharadwaj had played the different avatars of Lord Vishnu in the 2000 TV show 'Vishnu Puran'.

From 'Mahabharat' to 'Ramayana', many of the TV classics are back on screens amid lockdown, giving an opportunity to the viewers and star cast to revisit their fond memories. Like many actors Nitish Bharadwaj who portrayed Krishna in BR Chopra’s hit mythological show 'Mahabharat' and later Vishnu in 'Vishnu Puran' too has several interesting anecdotes to share.

The actor recalled some of the memories from the yesteryears  when actresses Hema Malini and Roopa Ganguly were left surprised by his look in 'Vishnu Puran'.

Also read: From 'Ramayana' to 'Shaktiman', how TV is bringing back classics amid lockdown

Recalling an incident when Roopa Ganguly who played Draupadi in BR Chopra’s 'Mahabharat' was not able to recognize him while he was donned in Lord Parshurama avatar, the actor said "I remember one time, when the scenes of Lord Parshurama were being shot and those episodes had not gone on air yet, I was sitting on the sets of `Vishnu Puran` in proper avatar. Roopa Ganguly, who at that time was pursuing her career in Bengali cinema, had come to Mumbai to meet Ravi Chopra and me.

"She kept on searching for me while sitting right next to me, unaware of my presence. I deliberately did not speak to her. It was only 30 minutes later when she asked Ravi Chopra for me, did she realise she was sitting beside me all this while and it took Roopa by surprise."

Also read: Ramayana to get three-part screen adaptation in 3D and in three languages

Even 'Dreamgirl' Hema Malini was unable to recognise Nitish as Parshuram "The same thing also happened when I travelled with Hema Maliniji on a flight. Talking to me about the character, she wondered how Raviji had managed to find an actor to play Parshuram, whose eyes resembled mine.

She obviously didn`t seem to recognize that I was, in fact, the actor who played the role and so, I decided to play along and told her that Raviji had to audition almost 50-60 actors. It was only a week later that she called me and playfully taunted me for putting her on the spot." Nitish said.

"I believe the personality of Parshuram`s character along with his appearance and voice was so different that it was really hard to fathom that I could essay such an angry and violent role after having played the calm and composed Krishna'', he added.

Nitish had played the different avatars of Lord Vishnu in the 2000 TV show 'Vishnu Puran', the show is currently running on DD National and will air on Zee TV from May 25.