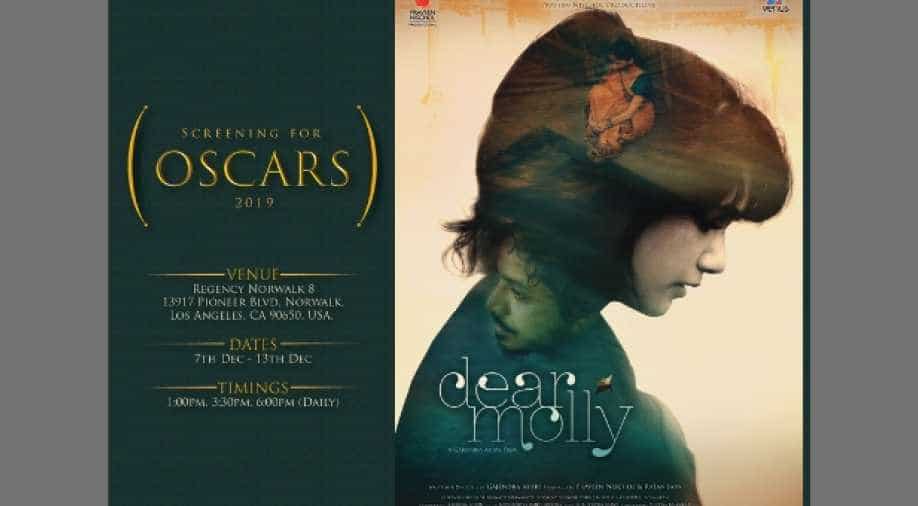 The film which is an Indo-Swedish collaboration has been shot in English and Hindi and will be screened at select theatres in Los Angeles specifically for the Oscar screening.

National Award-winning filmmaker and scriptwriter Gajendra Ahire’s latest ‘Dear Molly’ will get an Oscar screening in Los Angeles, USA in December. The film which is an Indo-Swedish collaboration has been shot in English and Hindi.

''It is an honour for ‘Dear Molly’ to have a special Oscar screening. It’s a very special film that I have shot in different languages but the essence remains the same. It is the English version that is being screened in Los Angeles. It's a story of a daughter's search for her father taking cues from a trail of letters he had written to her..'' said Gajendra Ahire, who is known for his work in Marathi cinema.

Producer Praveen Nischol adds, "Dear Molly is a story that will connect with all fathers and daughters. It's shot indifferent languages that has its own distinct flavour in each language. The credit goes to Gajendra for his master storytelling that makes this such a compelling film to watch."

The story of 'Dear Molly' is based on a father-daughter relationship which explores the journey of a daughter in search of her father in Sweden. The protagonist Molly had last seen her father when she was five-years-old.

It features Gurbani Gill as Molly who makes her debut along with well-known Marathi actors Alok Rajwade, Mrinmayee Godbole and Ashwini Giri and a prominent Swedish cast comprising Lia Boysen and Chris Holmgren among others.

The movie is produced by Praveen Nischol and Ratan Jain, and is presented by Manmohan Shetty and Ganesh Jain.