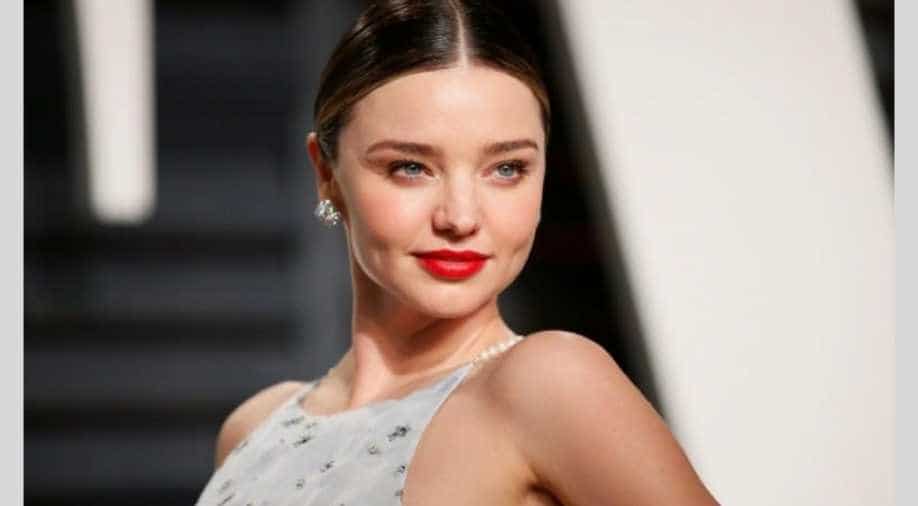 This will be her second child with husband Evan Spiegel, the Snapchat founder. She also has a son with former partner Orlando Bloom.

Supermodel Miranda Kerr, former Victoria’s Secret angel is now having another baby. She is pregnant with her second child with husband, Snapchat founder, Evan Spiegel. They welcomed a baby boy last year, Hart. She also has 8-year-old Flynn with ex-husband Orlando Bloom.

As she announced the pregnancy news in an interview with Jimmy Kimmel, Miranda said, "Evan and I had been together for a while, and he was like, 'When are we going to have a baby brother or sister?' We were like, 'We've got to get married first.”

She continued, "The day after the wedding, he comes running in, and he's like, 'Mommy, is it in there?' I was like, 'Honey, give it a minute!'"

Miranda also took to her Instagram as she posted a photo of herself flaunting the baby bump. She was present at the red carpet of the Gruner + Jahr Spa Awards. The model wore a baby pink coloured floor-length gown with light makeup. She received the Beauty Idol award and her organic skincare brand Kara Organics was recognised at the event.

Thank you so much Gala #SpaAwards and @annemaralde for the most gracious and touching commendation speech 💖💖💖. I am honoured to be here in Germany to receive the Beauty Idol award and have my certified organic skincare brand @koraorganics recognized at such a prestigious industry event. Special thanks to our retail partners @douglas_cosmetics for helping me bring #koraorganics to our customers in Germany 🙏🏻