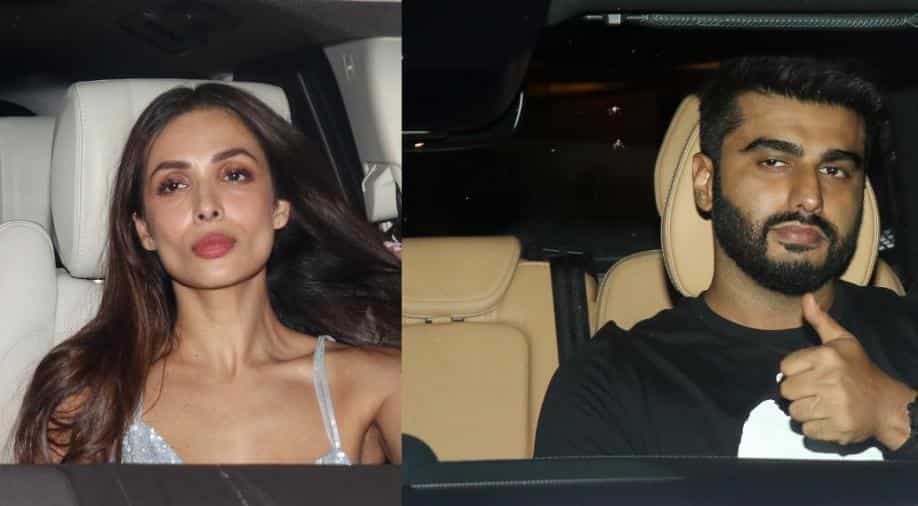 Arjun Kapoor and Malaika Arora Khan spotted together Photograph:( Others )

Are the two planning to get hitched in 2019?

Malaika Arora and Arjun Kapoor are perhaps now okay being spotted together in public. The two have been in a hush-hush relationship for many years but it is only now that the couple is slowly making their relationship public.

At a party recently thrown by socialite Natasha Poonawala, the couple was seen partying with Malaika's sister Amrita Arora, Kareena and Karisma Kapoor, What more, they even posed for photos together with the rest of the gang.

Recently, a report in an entertainment magazine claimed that the two are even planning to tie the knot next year.

However, friends of the couple have said that the two are in no rush to marry just yet.

"Arjun and Malaika have started spending quality time together. They are extremely fond of each other and are exploring their beautiful relationship. Let's not jump the gun here. We should just let them be. Marriage is definitely not on the cards anytime soon for them," a source told DNA.

"Arjun is a doting brother and will only settle down once his sister Anshula agrees to do so. Malaika is also just beginning to get to know Arjun well. They have just started their courtship and both are clear that they want to enjoy each other’s company right now. Arjun is neck-deep in his film commitments and Malaika, too, has a hectic work life. There is a lot of time before the relationship hits the next year," added the source.

The couple was even spotted at Milan airport recently hand-in-hand enjoying quality time. The two reportedly went on a mini vacation to celebrate Malaika's birthday.

Malaika was previously married to Arbaaz Khan. They announced separation in March 2016 and were granted divorce by the Bandra family court in May last year. They have one son together.