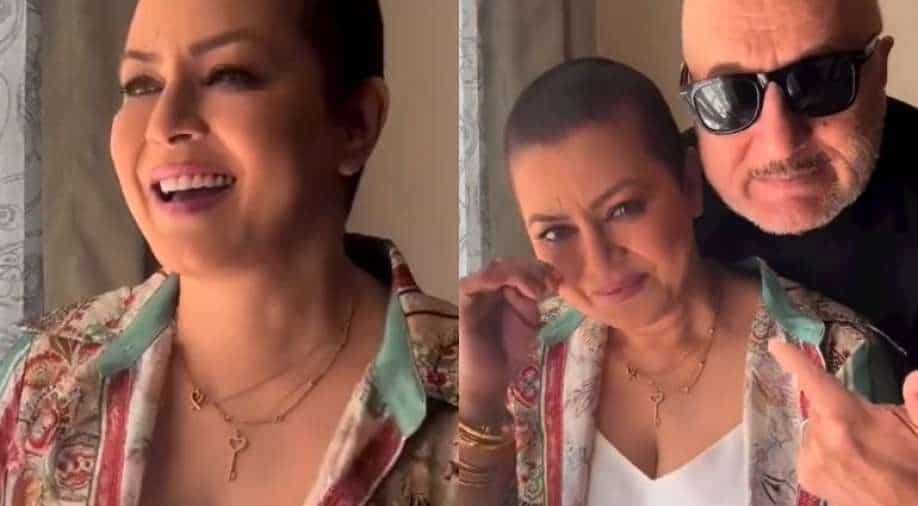 Bollywood actress Mahina Chaudhary is suffering from breast cancer.  Mahima recently opened up about her struggles and the journey which she kept away from the whole world with veteran actor Anupam Kher.

On Thursday, Kher shared a video of Mahima in which the actress has tearfully shared her treatment journey and revealed how she used to wear a wig after she lost her hair and got motivation from a small boy.

In the caption of the video, the Kashmir files actor called Mahima 'You are my hero' and revealed that he called Chaudhry for a movie role when she opened up about her breast cancer.

''What followed is in this candid conversation between us. Her attitude will give hope to so many women all over the world. She wanted me to be part of her disclosing it. She calls me an eternal optimist but dearest Mahima! “You are my HERO!” Friends! Send her your love, warmth, wishes, prayers and blessings. She is BACK on sets where she belongs. She is ready to fly. All those producers/directors out there! Here is your opportunity to tap on her brilliance! Jai ho to her!!🙏❤️ #Cancer #Courage #Hope #Prayers,'' the caption reads.

Mahima who has undergone chemotherapy now, says that she discovered cancerous cells in the very early stage. In the video, she detailed, ''I didn't
have any symptoms, and it was just an annual check-up when the person asked me to get this checked,'' she revealed.

Later, she was advised of the chemotherapy when she broke down. However, her cancer was in the early stage and 'it was treatable.'

In the video, the Pardes actress is sporting a bald head and is looking smart in a colourful shirt paired with a white tank top and gold chains.

Soon after the video was shared, many fans and friends from the industry wished her good health. Chunky Pandey wrote, ''With you forever my SuperGirl ❤️❤️❤️❤️''. Bhavna Pandey wrote, ''lots and lots of healing hugs''.

She made her acting debut in the 1997 film 'Pardes' co-starring Shah Rukh Khan. In her career, she starred in many films including 'Daag', 'Dhadkan' among many others.