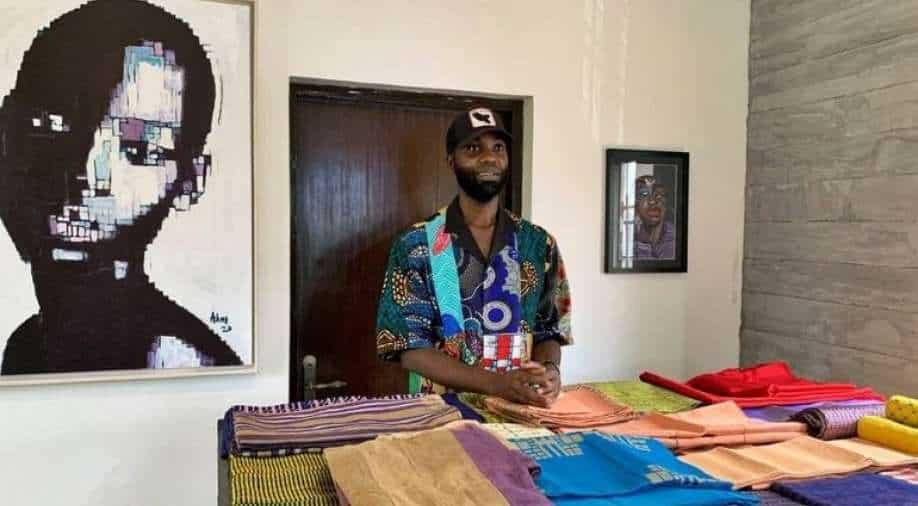 Priced at between $300 and $4,000, his TB12 custom collection features Aso-oke – which means “top cloth” in Yoruba - in seven different shades.

Weaving contemporary designs into a traditional West African fabric, Nigerian Tsemaye Binitie is creating fashion he hopes can also bridge the gap between luxury and the everyday.

His material of choice is Aso-oke, a hand-woven cloth indigenous to the Yoruba people and historically used on special occasions.

Binitie, who cut his teeth as a design assistant with Stella McCartney in 2005, began using the fabric in 2017, and he infuses the yellow dresses that are his signature creations with cottons and silks to give them a post-modern feel.

“We started to use contemporary African art and culture within the threads of the collection so you see hints of it or very ... obvious (signs),” said Binitie, who divides his time between Lagos and London.

Priced at between $300 and $4,000, his TB12 custom collection features Aso-oke – which means “top cloth” in Yoruba - in seven different shades.

“We are sort of preserving the culture, you know, that we’ve watched all our lives in front of us ... and teaching the younger generation that it is something to be proud of, something to want to wear,” he told Reuters.

Fellow Lagos designer Lisa Folawiyo specialises in a different traditional cloth, the West African wax prints known as Ankara, and her hybrid collection, called Batkara, incorporates Batik designs embellished with needle-work beadings and sequin trimmings. “We have merged what is indigenous to us with what is familiar in the West and we’ve made it ours,” she said.

That same synthesis informs the aesthetic of Alara, a Lagos store dedicated to showcasing contemporary African fashion for the Nigerian and the diaspora markets. Its Head of Partnerships, Arinola Fagbemi, says more and more people are thinking about African luxury “in terms of how we live on a day-to-day basis ... not just for celebratory moments.”