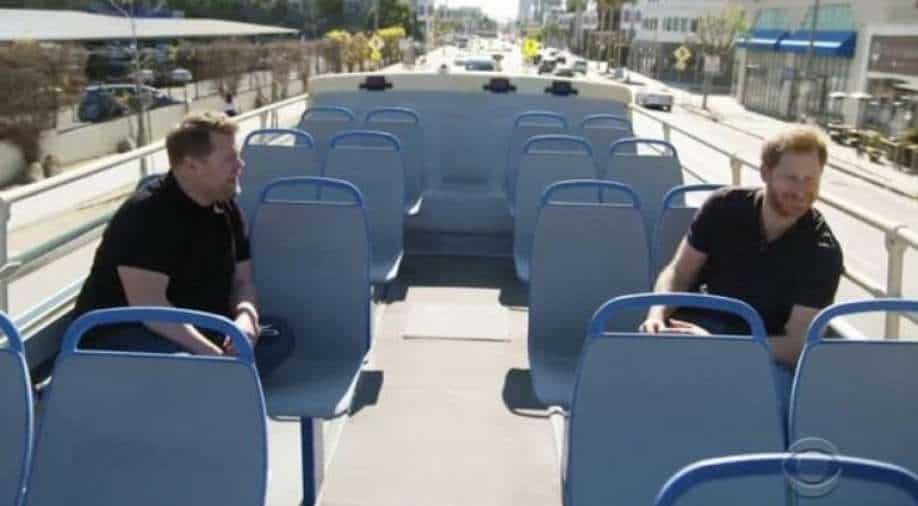 During the interview, Harry also opened up about his thoughts on the Netflix show 'The Crown' and his son Archie.

Prince Harry made his late-night show debut with James Corden.

Harry appeared on Thursday’s episode of 'The Late Late Show with James Corden'. A 17-minute segment featured Harry and James on a double-decker bus. This was the first time when Harry got a chance to see Los Angeles.

The interview opens up with a surprise to Harry as James appeared with a bus instead of Range Rover. They both enjoyed some tea together with a bit bumpy ride. In the interview, he also revealed this was his first time in an open bus “This is the first time I’ve been on an open-top bus, not really allowed to,” he said. 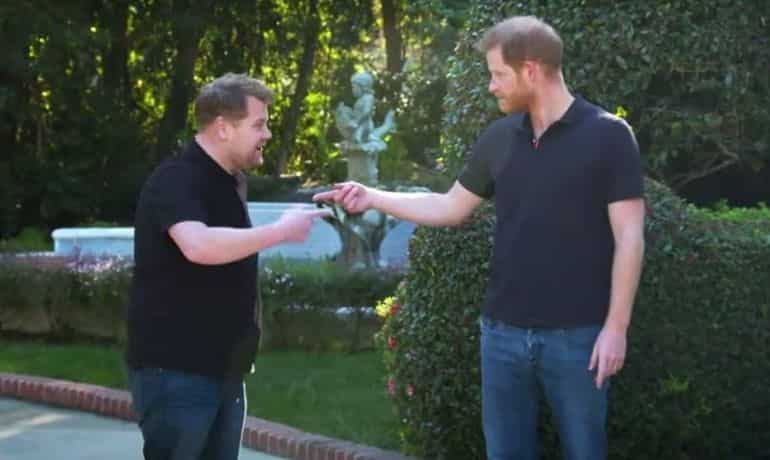 Corden also took him to the house where 'Fresh Prince of Bel-Air' was filmed, where Harry rapped and both had a facetime with Meghan Markle and Corden tried to sell the house to her.

During the interview, Harry opened up about his thoughts on the Netflix show 'The Crown' and his son Archie and revealed the toddler's first word was "crocodile". In the interview, he revealed that the Queen got Archie a waffle maker for Christmas. “Archie just wakes up in the morning and goes ‘waffle’,” Harry added.

The Duke talked about stepping back as a senior member of the royal family. Harry clarified that he and Meghan didn’t ‘walk away’ or ‘step down’ from their royal duties, they made a choice to step back from the spotlight.

Harry and Meghan have faced severe criticism from British Media. He admitted that he decided to take his family away from the U.K. because of the British press and how it was affecting his mental health back then. He said he did not want his family to be in that "toxic" environment and did what "any husband and father would do."

He also opened about his relationship with Meghan and how she was the one, ''It was the way we hit it off with each other. We were just so comfortable in each other’s company. Dating with me, with any member of the royal family, I guess, is kind of flipped upside down,'' he added.

''All the dates become dinners or watching the TV or chatting at home. And then eventually, once you become a couple, then you venture out to dinners, to the cinema and everything else.''

The interview came before Meghan Markle and Prince Harry's upcoming interview with Oprah.