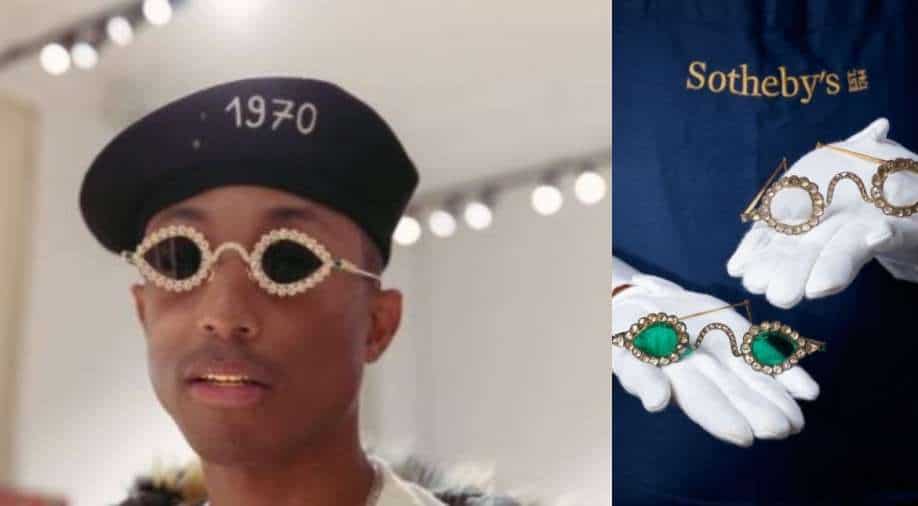 At the Kenzo show at the Paris Fashion Week, Pharell Williams had hinted at a partnership with the luxury jewellery brand.

Singer Pharell William and Tiffany and Co have partnered to launch a new line of sunglasses. At the Kenzo show at the Paris Fashion Week, the musician had hinted at a partnership with the luxury jewellery brand.

The photo that has been shared by the jewellery brand shows Pharell wearing jewel-encrusted sunglasses which bears striking resemblance to a rare pair of spectacles dated back to the Mughal ages.

The picture has gone viral in no time and eagled eyed followers on Twitter cannot help but point out the similarities.

The original Mughal spectacles are dated to be from the 17th century and feature teardrop-shaped lenses made from emerald stones which were supposed to ward off evil and help the wearer reach enlightenment.

The two pairs - one with emerald green glasses and the other with white diamond glasses- were made available for auction in October 2021 by the auction house Sotheby's. They have not been sold yet- perhaps owing to its whopping bidding price of $3.5 million and its rarity.

Tiffany's and Pharell's version of the new custom-designed sunglasses have been called out by international fashion watchdog Diet Prada and others for blatantly copying the design.

Most have asked the brand to give credit to the original Mughal era glasses. "Custom designed or custom copied?" asked a user on Instagram. 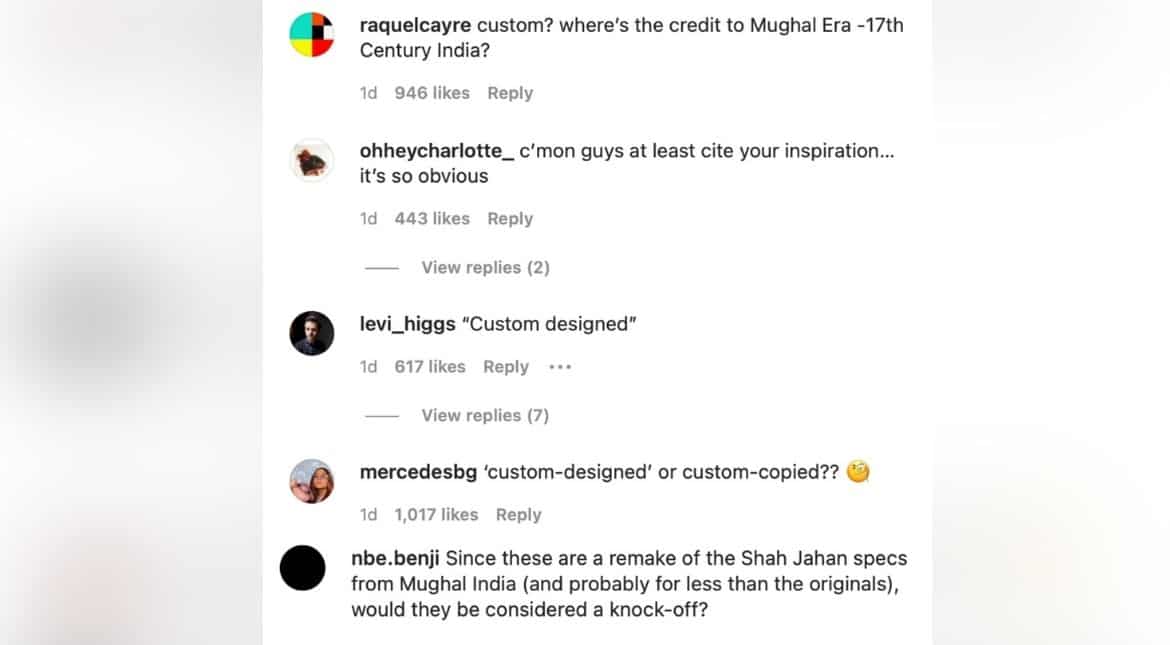