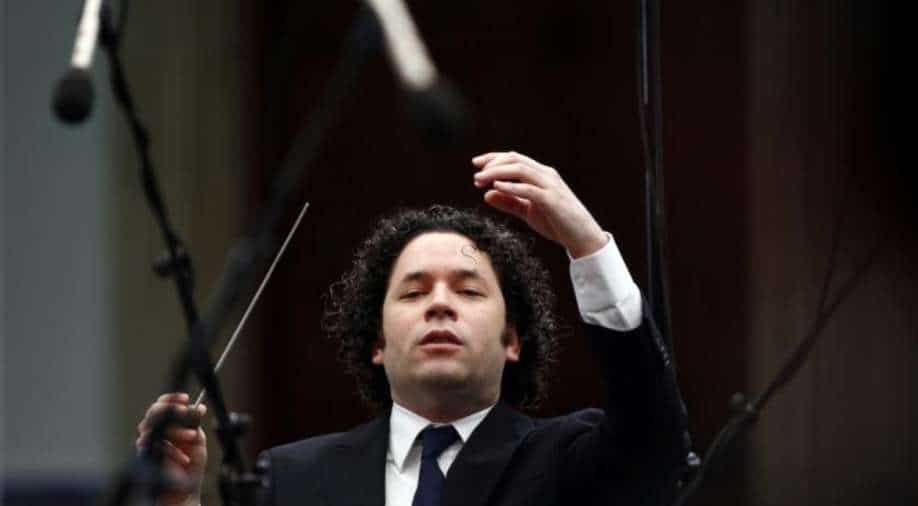 The 40-year-old, who has built a global reputation with his fiery and flamboyant performances, will take over from Swiss maestro Philippe Jordan, initially for a period of six years, the opera house said in a statement

The Paris Opera said Friday that Venezualan conductor Gustavo Dudamel will be its next musical director starting from August, bringing his star power to the fabled 350-year-old institution.

The 40-year-old, who has built a global reputation with his fiery and flamboyant performances, will take over from Swiss maestro Philippe Jordan, initially for a period of six years, the opera house said in a statement.

The head of Paris Opera Alexander Neef described Dudamel as "accomplished and emblematic... one of the most talented and prestigious chefs in the world" during an online press conference from the Palais Garnier.

Dudamel said he was "very touched and grateful", adding that he had "not hesitated for a second to say yes".

"After a difficult year, I feel a profound responsibility towards our artform," he added.

Known for his involvement in education projects around the world, Dudamel has said it will be a priority to use his position in Paris for outreach projects.

"Access to music will be an integral part" of his time at Paris Opera, he said, ensuring that "everyone feels represented".

He also has plans to work closely with the Ballet, already announcing a collaboration to music by composer Thomas Ades.

Dudamel was born in Barquisimeto in western Venezuela, the son of a trombonist father and voice teacher mother.

He studied violin as a child, but quickly gravitated towards conducting.

For more than a decade, Dudamel has been wielding his baton at the Los Angeles Philharmonic, where he rose to be artistic director and secure a multi-million-dollar contract.

He has become one of the most in-demand conductors in the world, but has also attracted controversy, with some Venezuelans charging he has turned a blind eye to the authoritarian excesses of the government in Caracas.