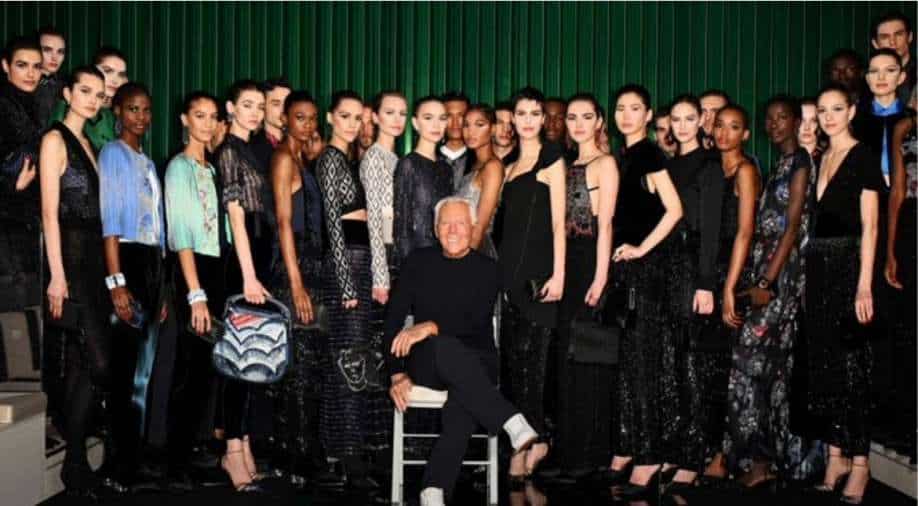 Models walked down the ramp in an eerie quiet show only interrupted by applause from the audience. The models wore short jackets in pastel shades, and shiny black and silver dresses.

As a mark of respect to Ukraine, fashion designer Giorgio Armani switched off the music during his Milan fashion show on Sunday.

Models walked down the ramp in an eerie quiet show only interrupted by applause from the audience. The models wore short jackets in pastel shades, and shiny black and silver dresses.

"My decision not to use any music was taken as a sign of respect towards the people involved in the unfolding tragedy in Ukraine," read a post on the fashion designer's social media account.

"The best thing to do is send a message that we don't want to celebrate because something very disturbing is happening around us," the 87-year-old designer, visibly moved, later said on the sidelines of the show.

Mr Armani has chosen to not use any music at the #GiorgioArmani Fall Winter 2022-23 show as a sign of respect to the unfolding tragedy in Ukraine. pic.twitter.com/IUXLhI2m7d

Both male and female models sported black velvet coats, jackets and trousers for the fall/winter collection, sometimes with a touch of blue or red. There were also electric blue silk evening gowns and sleeveless blouses, embroidered tops, long white overalls and flowery prints.

Armani's show traditionally brings down the curtain at Milan's fashion week every year.  This year, the event was an in-person show, unlike the past years when it was completely a digital show due to the pandemic.