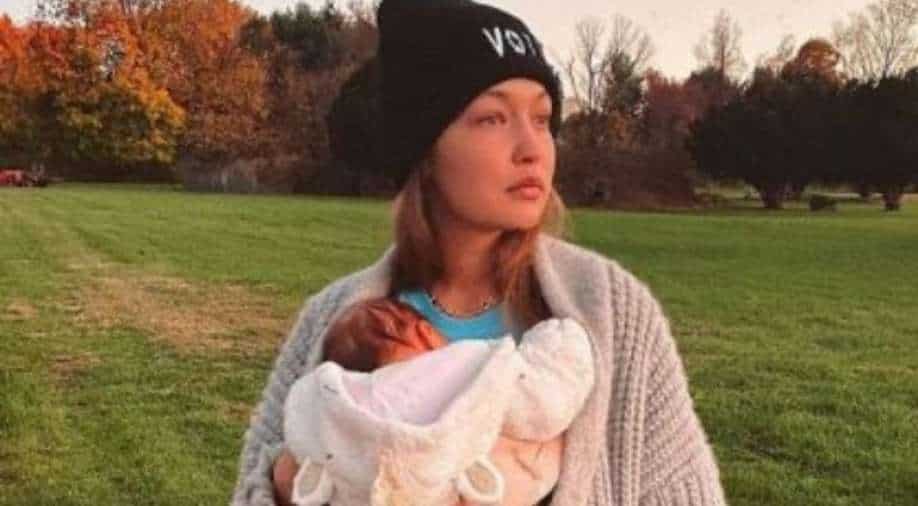 Gigi Hadid walked in the Versace Fall-Winter 2021 Fashion Show, which aired on the company`s social media platforms on March 5

Six months after giving birth to her first child, American supermodel Gigi Hadid has finally returned to the runway, with a new hair transformation that one cannot miss!

Making a fiery return to the runway, the supermodel walked in the Versace Fall-Winter 2021 Fashion Show, which aired on the company`s social media platforms on March 5, Friday (local time), reported E! News.

Since giving birth to baby Khai with her boyfriend Zayn Malik in September, Gigi has steadily returned to work. However, Gigi`s dear kinship with Donatella Versace, made her runway rebound extra special. Shortly after Khai`s birth, a source told E! News that Gigi and Zayn planned to stay at her mom Yolanda Hadid`s Pennsylvania farm for the foreseeable future.

The family of three also considers New York City a home base, and over the holiday season, Khai got to experience what Gigi described as her `first snow."E!News reported that Gigi and the former `One Direction` member Zayn, who first sparked romance rumours in 2015, reunited in late 2019 after breaking up earlier in the year.

In April 2020, reports surfaced that the couple was expecting their first child together-which Gigi later confirmed to Jimmy Fallon on `The Tonight Show`."Obviously, we wished we could have announced it on our own terms but we`re very excited and happy and grateful for everyone`s well wishes and support," she shared.