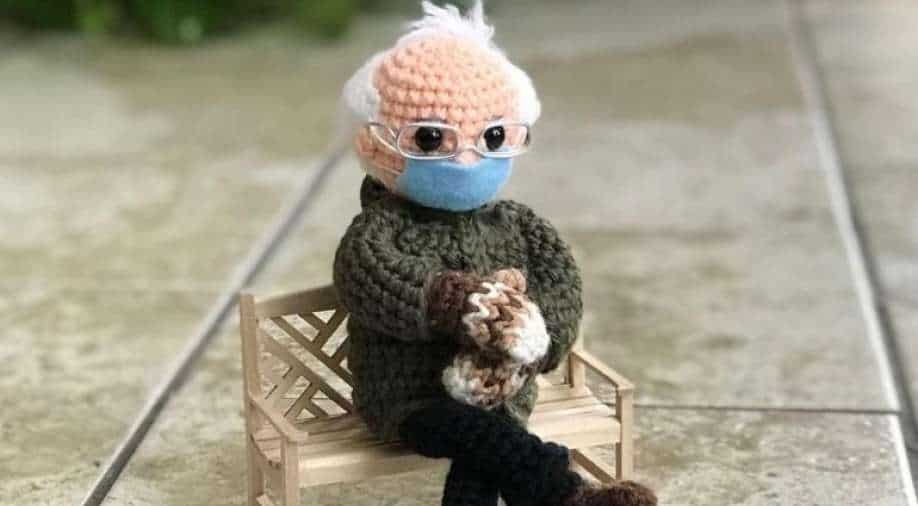 A crocheted doll of Vermont Senator Bernie Sanders huddled in a chair, arms folded, wearing mittens and also sporting an average-guy winter coat, has fetched $40,000 in an online auction for a charity called Meals on Wheels.

Tobey King, the maker of the doll, had placed it for auction on eBay and pledged 100 per cent of the profits to charity.

"I was talking with another crafter friend who told me Bernie had just sold some hoodies and donated all the proceeds to Meals on Wheels Vermont, and I knew that that is what I wanted to do with the doll I made," King said.

"With the attention it was getting I was hopeful Meals on Wheels would get a good donation."

Sanders' campaign store is selling sweatshirts featuring his photo at US presidential inauguration in a heavy winter jacket and patterned mittens with a picture of the veteran leftist spawning the first viral meme of the Biden era.

Sanders said on Sunday he was happy he could help in raising millions for charity. Adding that he was enjoying the meme as much as the rest of the world, the 79-year-old gave an uncharacteristic grin and said he was overjoyed that his handwoven mittens, blue facemask and trademark glower could be turned into gold for needy Americans.

"Not only are we having fun but what we are doing here in Vermont is we're going to be selling around the country sweatshirts and T-shirts, and all of the money that's going to be raised, which I expect will be a couple of million dollars, will be going to programs like 'Meals on Wheels,' that feed low-income senior citizens," Sanders said.

"So, it turns out actually to be a good thing, and not only a fun thing," he said.

Jennifer Ellis, a fan of Sanders, sent him a pair of mittens after he lost to Hillary Clinton in the 2016 Democratic presidential primary, as a consolation gift.

Featured since in everything from Japanese anime art to 1960s album cover copies, Sanders stood out among the designer garb at the ceremony for his mittens, a snowboarding jacket made by Vermont company Burton, and carrying a large manila envelope.