Kiara Advani to star alongside Kartik Aaryan in 'Bhool Bhulaiyaa 2' 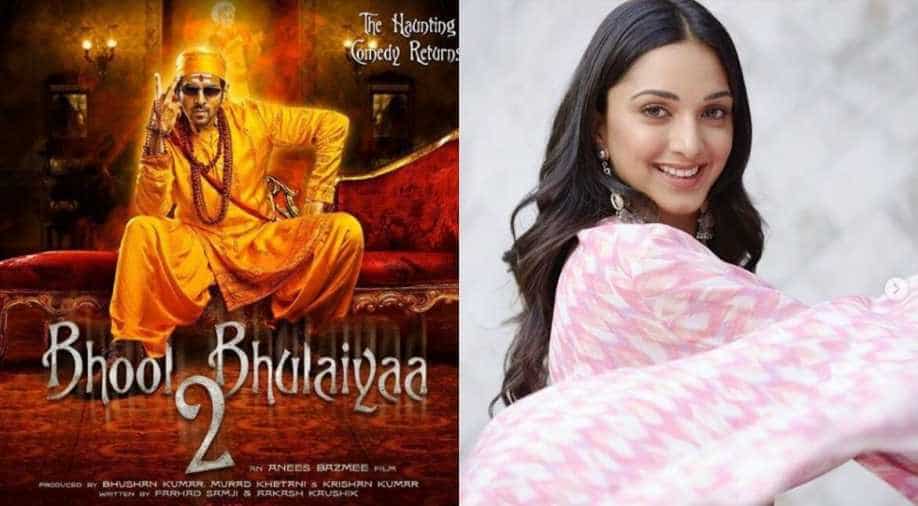 The highly-anticipated horror-comedy is scheduled to go on floors in October this year and will hit the screens on July 31, 2020.

Kiara Advani who recently received an overwhelming response for her role in 'Kabir Singh' has been tapped for 'Bhool Bhulaiyaa 2' opposite Kartik Aaryan.

Taking her successful association with the producers Bhushan Kumar and Murad Khetani forward with her latest flick post 'Kabir Singh', the actress is all set to share screen space with Kartik for the first time in the horror-comedy whose prequel left fans asking for more.

"Kartik and I are working together for the first time, can't wait to begin this journey so we can bring the film to you soon!" said Kiara.

Talking about the upcoming film, the actor revealed, "Bhool Bhulaiyaa was the first-ever horror film that I watched. Being a huge fan of the first one, It's super exciting to get the opportunity to be a part of the franchise".

The comic supernatural thriller will be helmed by Anees Bazmee, unlike the first one which was directed by Priyadarshan.

"It's my first time being directed by Anees sir and I'm looking forward to the experience. It's being produced by the makers of my most special film so it feels like home working with Cine1 and T-Series again," she added.

"I always look forward to working with Gen-Z actors, this is my first collaboration with Kartik and Kiara. I am sure they will bring new energy to the table, hoping to have a blast," said Bazmee.

The highly-anticipated horror-comedy is scheduled to go on floors in October this year and will hit the screens on July 31, 2020.

The first part of the film was a remake of the Malayalam blockbuster 'Manichitrathazhu' and starred Vidya Balan, Shiney Ahuja and Amisha Patel in the lead roles.