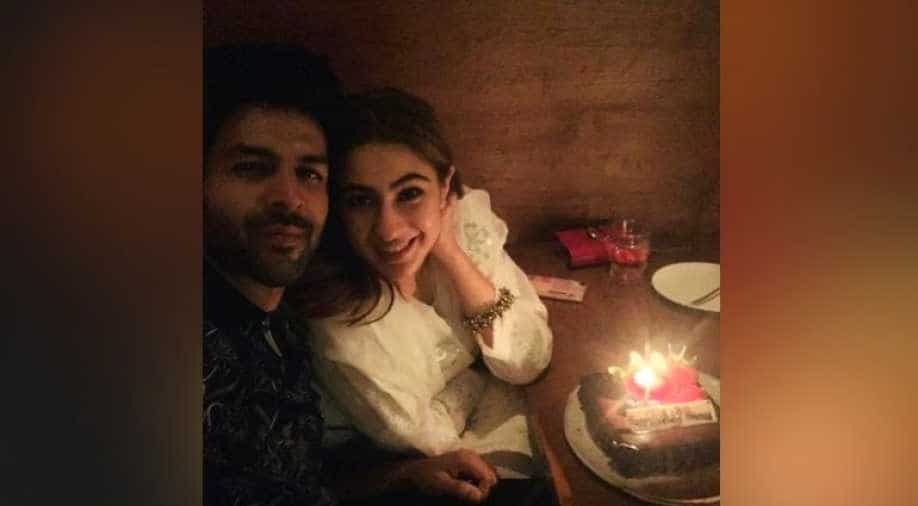 Khan is currently shooting in Bangkok for David Dhawan’s ‘Coolie No. 1’ and Aaryan went to celebrate the special day with her.

There is no denying now. Kartik Aaryan and Sara Ali Khan is the new couple in B-town. Aaryan flew down to Thailand to be with Khan as she turned a year older on August 12.

What more! The doting boyfriend posted a photo from their date night and the caption may turn many of the actor’s fans green with envy. “Happy Birthday Princess @saraalikhan95 And Eid Mubarak (this time without the mask )”

Khan is currently shooting in Bangkok for David Dhawan’s ‘Coolie No. 1’ and Aaryan went to celebrate the special day with her.

While the couple has not openly admitted to their relationship, the two have not shied away from being clicked at various spots in the city. Last month, Sara went to Lucknow to spend some quality time with Kartik where the actor was shooting for ‘Pati, Patni Aur Woh’. The two were mobbed as they had stepped out to have local cuisine in the city.

A week later, Kartik sat on the front row with Sara’s brother Ibrahim as the two cheered on as Sara sashayed down the ramp during a show in Delhi.

Last year, during an episode of ‘Koffee With Karan’, Sara had admitted that she has a crush on Kartik Aaryan. The two became closer when they shot in Delhi and Himachal Pradesh for Imtiaz Ali’s ‘Aaj Kal’.

Should we consider Kartik’s post for Sara as an official confirmation about their relationship now?