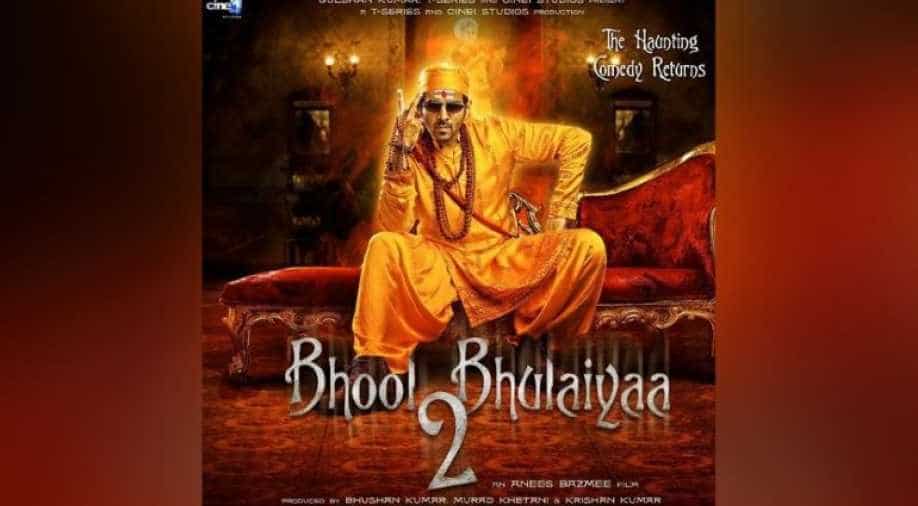 Sharing a picture from the set as the film goes on floors, Kartik and Kiara can be seen posing.

We last told you that Kartik Aaryan has been roped in to take up the role of Akshay Kumar in a sequel to hit film ‘Bhool Bhulaiya’.

Now, shooting for the film has started as Kartik is set to play a ghost hunter in the movie. He will be seen with his leading lady played by Kiara Advani.

Sharing a picture from the set as the film goes on floors, Kartik and Kiara can be seen posing. The caption of the picture reads: "Subh Arambh, #BhoolBhulaiyaa2."

Just some time back, the director of the horror-comedy, Anees Bazmee shared a picture from the script reading sessions. "Reading session underway...We`re all set to roll! Can`t wait for the shoot to begin," wrote Bazmee while expressing happiness.

The horror-comedy is one the most anticipated films as it is scheduled to release on July 31, 2020.

The first film was a remake of the Malayalam blockbuster `Manichitrathazhu` and starred Akshay Kumar, Vidya Balan, Shiney Ahuja and Amisha Patel in the lead roles. The first instalment was directed by Priyadarshan.