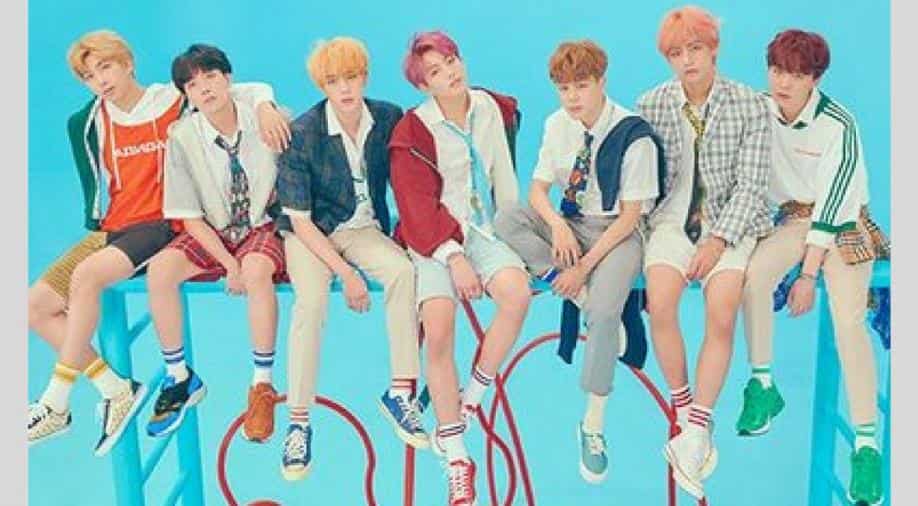 A Japanese TV station said it had cancelled a Friday television show with South Korean boy band BTS after a member's t-shirt sparked anger on social media and was interpreted as commemorating the atomic bombing of Hiroshima.

The hugely successful group`s Japan tour - its first after they reached the top of the Billboard 200 album chart in May -comes as ties between the two nations have frayed due to a diplomatic row over South Koreans forced to work for Japanese firms during World War Two.

Social media showed the t-shirt, which bore the words "Patriotism our history Liberation Korea" by a photo of a rising mushroom cloud.
Japan became the first nation to suffer an atomic bombing on August 9, 1945, at Hiroshima.

"We have seen news that a t-shirt worn by one of the members has set off a furore and after asking their record company about this, we made the decision to postpone their appearance on our Nov 9 show," TV Asahi network said on its website.

A BTS Japan fan site also announced their appearance had been postponed, along with an apology to fans who had been looking forward to the broadcast.

There was no mention of cancelling the Japan leg of their tour, which kicks off on Nov 13.

BTS has been together since 2013 and gained a worldwide following, in May becoming the first K-pop performers to top the Billboard 200 with "Love Yourself:Tear." Previous stops on their 2018 tour have included New York and London.