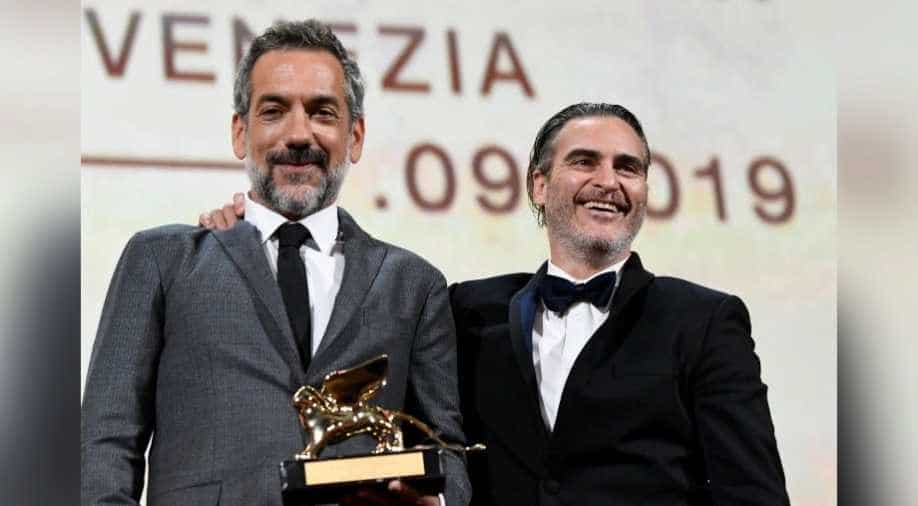 'Joker' distances itself from typical superhero films, with sombre lighting and dark music throughout.

Dark drama "Joker" about the origins of the villainous character won the Golden Lion award at the Venice Film Festival on Saturday, while Roman Polanski's military drama about France's notorious Dreyfus affair took the runner-up prize.

"Joker" distances itself from typical superhero films, with sombre lighting and dark music throughout.

"I want to thank Warner Bros and DC for stepping out of their comfort zone and taking such a bold swing on me and this movie," director Todd Phillips said in his acceptance speech, also thanking Phoenix for trusting him with his "insane talent".

"There is no movie without Joaquin Phoenix ... Joaquin is the fiercest and bravest and most open-minded lion that I know."

The film was generating awards buzz even before Venice. The festival is considered a launch pad for the awards season, having premiered Oscar winners like "Roma" and "Birdman".

In a surprise move, Polanski's "An Officer and a Spy" took the Silver Lion Grand Jury Prize.

At a time of #MeToo and with only two female directors out of 21 in the competition line-up, festival organisers had faced criticism for including Polanski's work in the programme due to renewed controversy over his conviction for a sex crime.

They defended the move, saying it was the film, not the man, being judged. Jury member Paolo Virzi told a news conference the judges had solely focused on the movie in their discussions.

Polanski pleaded guilty in 1977 to having unlawful sex with a 13-year-old girl in Los Angeles. He fled the United States in 1978 for fear a deal for leniency with prosecutors would be overruled and he would get a lengthy prison term. Aged 86, he now lives in Europe.

The French-Polish director, who was expelled from the Academy of Motion Picture Arts and Sciences last year, did not travel to Venice. His wife Emmanuelle Seigner, who stars in the film, collected the award on his behalf.

"He is very happy and I am convinced this is a very important movie for him, it will give him a lot," she told reporters.

Asked how she felt about those critical of the film's festival inclusion, Seigner told Reuters: "We won, that's the most important thing."

Italian actor Luca Marinelli won best actor for his portrayal of a poor, aspiring writer in "Martin Eden". France's Ariane Ascaride won best actress for "Gloria Mundi" in which she plays a mother desperate to help her cash-strapped family.

Both referenced the migrant crisis in their speeches.

"This prize is for all who sleep for eternity at the bottom of the Mediterranean Sea," Ascaride said.

Marinelli dedicated his to "the incredible people who are at sea rescuing other humans fleeing unimaginable situations".

Best director went to Sweden's Roy Andersson for "About Endlessness", a mix of short stories of kindness and cruelty.

Italian director Franco Maresca won the Special Jury Prize for satirical documentary film "Mafia Is No Longer What It Used to Be".

Best screenplay went to Chinese filmmaker Yonfan for the animation "No. 7 Cherry Lane", a romance set in 1960s Hong Kong.

"I am really excited ... people always complain that my movies (have a) lack of drama and the writing is not good. Today I got the best script (award)," he said.

"American Skin" by Nate Parker, whose inclusion in the festival was also a talking point, triumphed outside the official competition, taking the Filming Italy Award for Best Film of the Sconfini Section.

Parker's 2016 movie "Birth of a Nation", stumbled after renewed public interest in a 1999 rape charge against the filmmaker, of which he was acquitted.