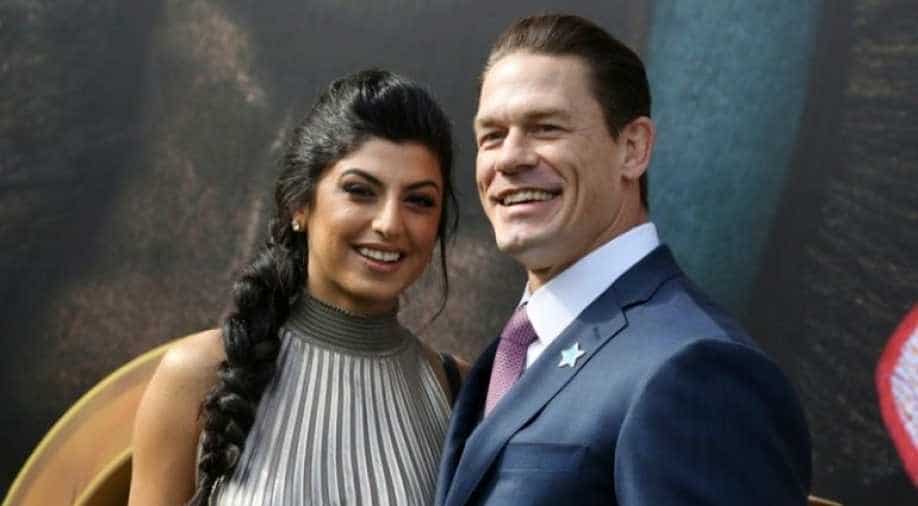 John Cena and Shay Shariatzadeh have been in a relationship since early 2019. Earlier, Cena was engaged to wrestler Nikki Bella.

Popular WWE star John Cena has married girlfriend Shay Shariatzadeh in a secret ceremony in Florida. According to the local media, the ceremony was strictly private. The couple so far have not confirmed the news.

John Cena and Shay Shariatzadeh have been in a relationship since early 2019. Earlier, Cena was engaged to wrestler Nikki Bella.

Cena and Shariatzadeh reportedly got engaged and applied for a marriage certificate in Florida earlier this month.

Born in Iran, Shariatzadeh has been a Canadian citizen. According to reports, the 31-year-old studied Electrical and Electronic Engineering from University of British Columbia and received her bachelor’s degree in 2013. She works as a product manager for a tech company in Vancouver.

Cena and Shariatzadeh were first romantically linked in early 2019 when the two were spotted spending time on the sets of Cena's film 'Playing With Fire' in Vancouver.

The two made their red carpet appearance together later that year at the film's premiere in October.

Cena and Nikki Bella announced their break up in 2018. Later, Bella got engaged to dancer Artem Chigvintsev. The duo welcomed their first child in July 2020.