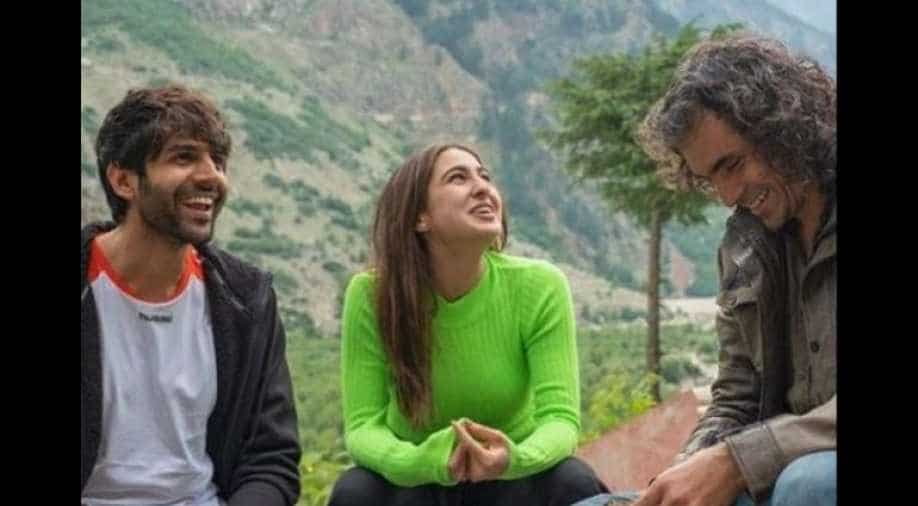 Randeep Hooda, who earlier expressed his joy of working with director Imtiaz after five years has now announced the happy news that his movie wrapped up filming within the 66-days span during which everyone made a 'million memories'.

The 41-year-old actor who posted a sweet photo with the director on Instagram in June has now shared a series of photos of the cast and crew from the sets.

In one of the photos, the actor and the director are all smiles while in other lead actors Kartik Aaryan and Sara Ali Khan are looking adorable, in which they might are seen filming a scene of the flick.

It's a WRAP!! 66 days & a million memories ❤️🌈 Thank you @imtiazaliofficial for making my dream come true🤗🤩 I truly appreciate your warmth, patience and consideration with me every single day. Being on your set has been a privilege that I will always cherish and already miss🙏🏼 🎈 Thank you @kartikaaryan for instantly making me comfortable with you, for selflessly giving and for consistently looking out for me. From coffee’s about you to chai’s with you, I wish we could do it all over again ☕️ 🧿💓 I’m going to miss you more than you know and more than I can admit 🤭🤦🏻‍♀️ Imtiaz Ali’s next with @kartikaaryan and @randeephooda. ‬ ‪Releasing on 14th Feb 2020. Presented by @officialjiocinema , #DineshVijan’s @maddockfilms , @imtiazaliofficial & @reliance.entertainment @wearewsf

Other than recording the movie in Himachal Pradesh (Land of the Gods), the film has also been filmed in several other locations in India, including Delhi, Udaipur, and Mumbai, revealed film critic Taran Adarsh.

The Imtiaz Ali`s directorial is believed to be a sequel to the 2009 film `Love Aaj Kal` and will hit the screens on Valentines` Day next year.

Whereas Bollywood`s new face, Sara Ali Khan, has teamed up with Varun Dhawan for the adaptation of the timeless comedy `Coolie No. 1`.

Halsey slams speculations around her pregnancy