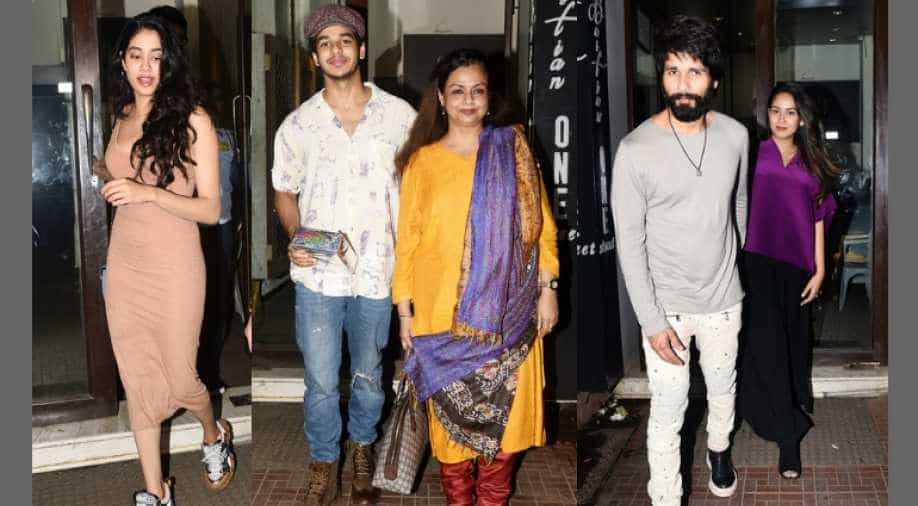 Jahnvi Kapoor joined Ishaan Khatter and his family to ring in the actor's birthday.

As Ishaan Khatter turned a year older, the young actor chose to celebrate his birthday with an intimate dinner with family and friends.

The actor hosted a dinner at a suburban restaurant in Mumbai on Wednesday night and rang in his birthday in the presence of his mother Neelima Azim, brother Shahid Kapoor and his wife Mira and friend and co-actor Janhvi Kapoor and others.

Mira Kapoor even posted a video of the birthday boy smiling gleefully at his elaborate birthday cake.

The happy bunch even obliged the shutterbugs as they left the restaurant post dinner. While Shahid and Mira exited hand-in-hand, Ishaan posed for pictures with his mother and even obliged a few young fans by posing with them.

Ishaan made his debut earlier this year in Majid Majidi's 'Beyond The Clouds' and later worked in Karan Johar's production 'Dhadak' opposite Janhvi Kapoor.

BTS star RM reveals the most famous Indian song in South Korea. No, it's not from Bollywood