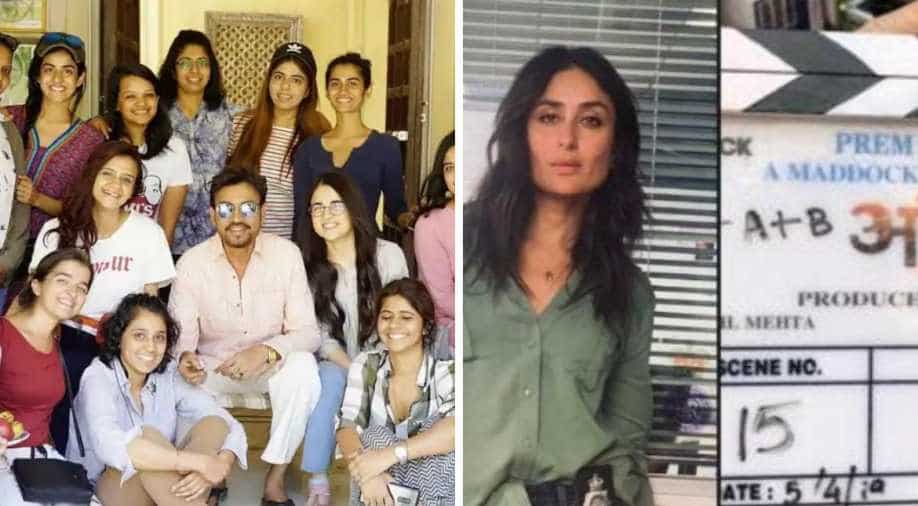 The film is a sequel to Irrfan Khan starrer 'Hindi Medium' that had Pakistani actress Saba Qamar play female lead to Khan.

‘Angrezi Medium’ has been in the news ever since it was announced. First, it was centred around the ill health of its lead actor Irrfan Khan who went out of the country to fight with cancer and the film was put on hold. Then the news of its cast and new additions became a major highlight.

Sequel to hit film ‘Hindi Medium’, this one will have Irrfan Khan, Kareena Kapoor and Radhika Madan in important roles. The trio was currently busy shooting in London and are said to have wrapped the shooting schedule.

Radhika will be seen essaying the role of Irrfan’s daughter who goes to study abroad. Kareena is said to play the role of a lady cop.

‘Angrezi Medium’ is directed by Homi Adajania who penned a heartfelt note for the team as they wrapped the shoot. He wrote, "It’s been a journey filled with uncertainty...and filled with the most positive bunch of people who were certain that everything will work out. Thank you to my tenacious crew & cast for smiling through the struggle yet laughing when the slightest chance. Angrezi Medium is our movie. Thank you all for this precious memory. It’s a wrap! #AngreziMedium #CastAndCrew #BelieveInMakingThingsBetter.” 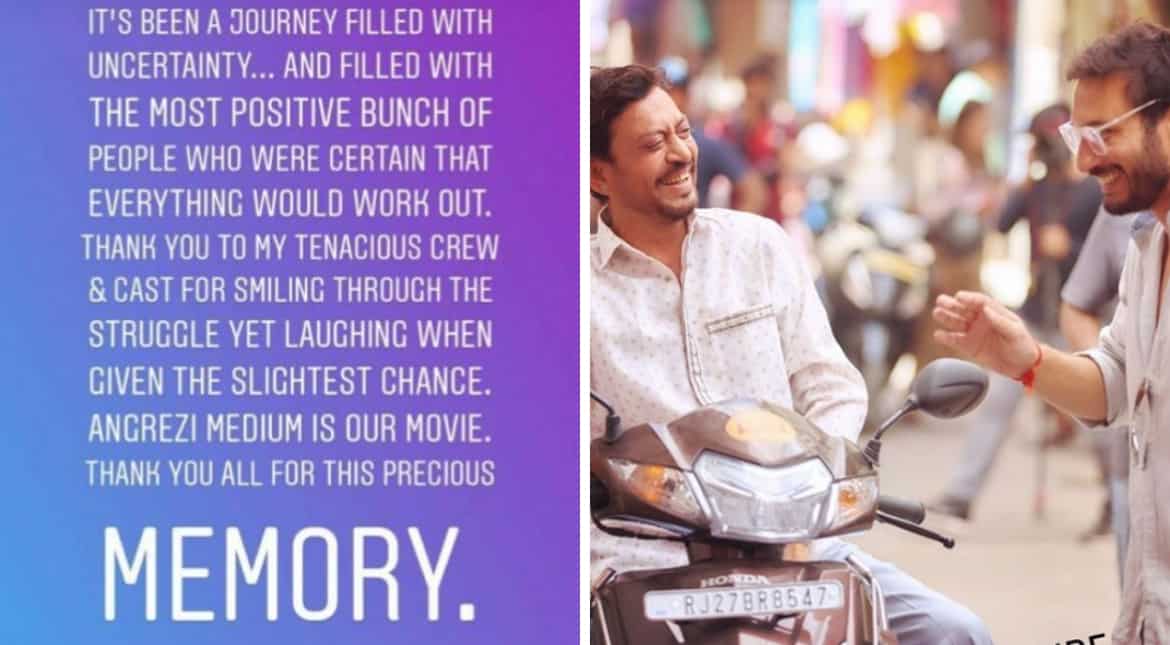 Meanwhile, this will be the first time we will see Irrfan on the screen after he announced his fight with cancer. In an official statement, as he commenced work, Irrfan had earlier said, "I truly respect the way you respected my journey giving me time and space to heal. Thank you for your patience and the warmth and the love all through this overwhelming journey. I am aware of your concern and request to talk to you, share my journey, but I am fathoming it myself inhaling and internalising, taking baby steps to merge my healing with work and trying to experiment the amalgamation of both."

The film will also see Deepak Dobriyal and Manu Rishi.  Deepak will be seen as Irrfan's brother whereas Manu will play his cousin.

Guess how much does Priyanka Chopra's Dracula-print shirt dress cost?