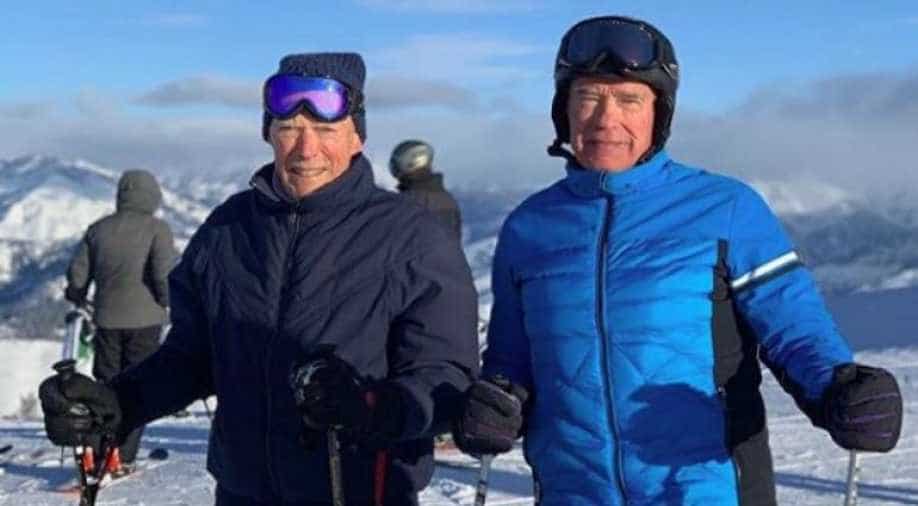 Schwarzenegger shared a picture of himself with Clint on Instagram on the slopes and captioned the picture as, "Name a more iconic duo. I`ll wait."

Before the New Year, Arnold Schwarzenegger and Clint Eastwood went for skiing.  Schwarzenegger shared a picture of himself with Clint on Instagram on the slopes and captioned the picture as, "Name a more iconic duo. I`ll wait."

The Hollywood legends were decked up in ski gear, including goggles and ski hats as they enjoyed the slopes during their skiing trip.
The duo has been longtime friends. Schwarzenegger told The Hollywood Reporter in 2011 he admires Eastwood`s career.

Schwarzenegger said, "In the future, I have to adapt my roles to my age. Clint Eastwood also has done it in the same way. Extreme fighting or shooting is not possible anymore. I want to be more encouraged as an actor and I believe that I can manage this challenge."

He further mentioned that he is like a sponge that absorbs all the knowledge and is always willing to learn new things.

As for Eastwood, the Hollywood actor and director had a long career and doesn`t seem to consider stopping it.

He recently opened up about his age while on `The Ellen DeGeneres Show` and said, "I don`t think about it." The actor turns ninety on May 31, 2020.