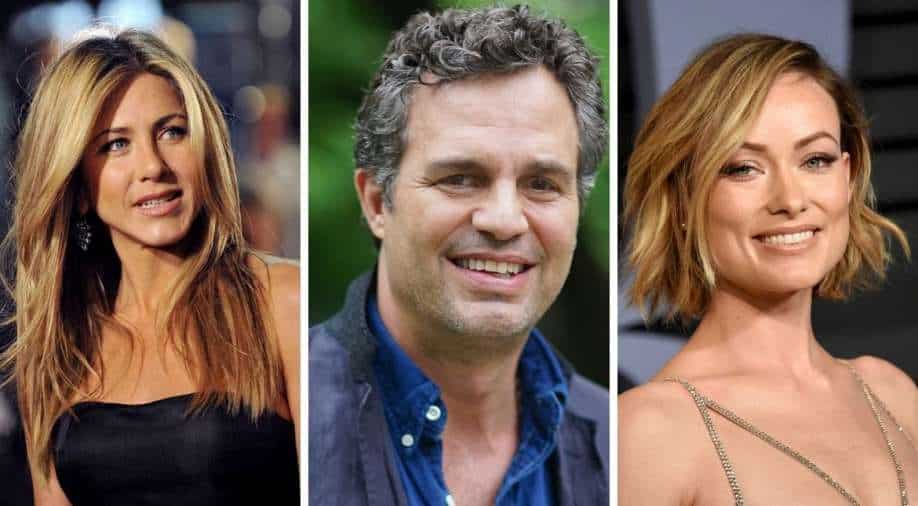 From Ava DuVernay to Jennifer Aniston and Mark Ruffalo, Hollywood stars slammed the HFPA for lack of diversity.

Hollywood’s awards season kicked off with the Golden Globes 2021 albeit a little dulled down amid the coronavirus pandemic as the first awards of the year were held virtually with most celebrities tuning in from their homes. While the awards were celebrated with an outpour of love and support by fans and fellow celebrities for the winners of the Golden Globes awards, however, many have slammed the Hollywood Foreign Press Association (HFPA) for the lack of diversity in people who are a part of the voting members. There are zero Black voters among the HFPA members for this award and the Hollywood stars are not taking this lightly.

Currently, there are 87 journalists who vote for the Golden Globes and not one of them is Black. The organization already released a statement and said that they are committed to bringing in Black members and members from other underrepresented backgrounds. Golden Globes 2021: Technical glitches, diversity problem and 'hasty' solution

The first to point this out was Time’s Up official Twitter account that tweeted out the image seen here and wrote, “A cosmetic fix isn’t enough. #TIMESUPGlobes #TIMESUP”

Soon after, Hollywood stars shared the same message and asked for a change. Those to share their support for this are Ava DuVernay, Amy Schumer, Sterling K. Brown, Shonda Rhimes, Judd Apatow, Kerry Washington, Olivia Wilde, Dakota Johnson, and many others.

Sterling K Brown who was a presenter at this year’s Golden Globes award shared a lengthy statement: “To be nominated for a Golden Globe is a tremendous honor. To win one is a dream come true. It can affect the trajectory of an individual’s career…it certainly has with mine,” Sterling said. “I’m presenting at the telecast this weekend to honor all the story tellers, especially those of color, who have achieved this extraordinary moment in their careers…AND I have my criticisms of the #HFPA.”

He continued, “87 people wield a tremendous amount of power. For any governing body of a current Hollywood award show to have such a lack of voting representation illustrates a level of irresponsibility that should not be ignored. With the power you have HFPA, you simultaneously hold a responsibility to ensure your constituency is fully reflective of the world in which we live. When you know better, you must do better. And having a multitude of Black presenters does not absolve you of your lack of diversity. This is your moment to do the right thing. It is my hope that you will.”

Jennifer Aniston shared an Instagram story stating not a single Black member out of 87. 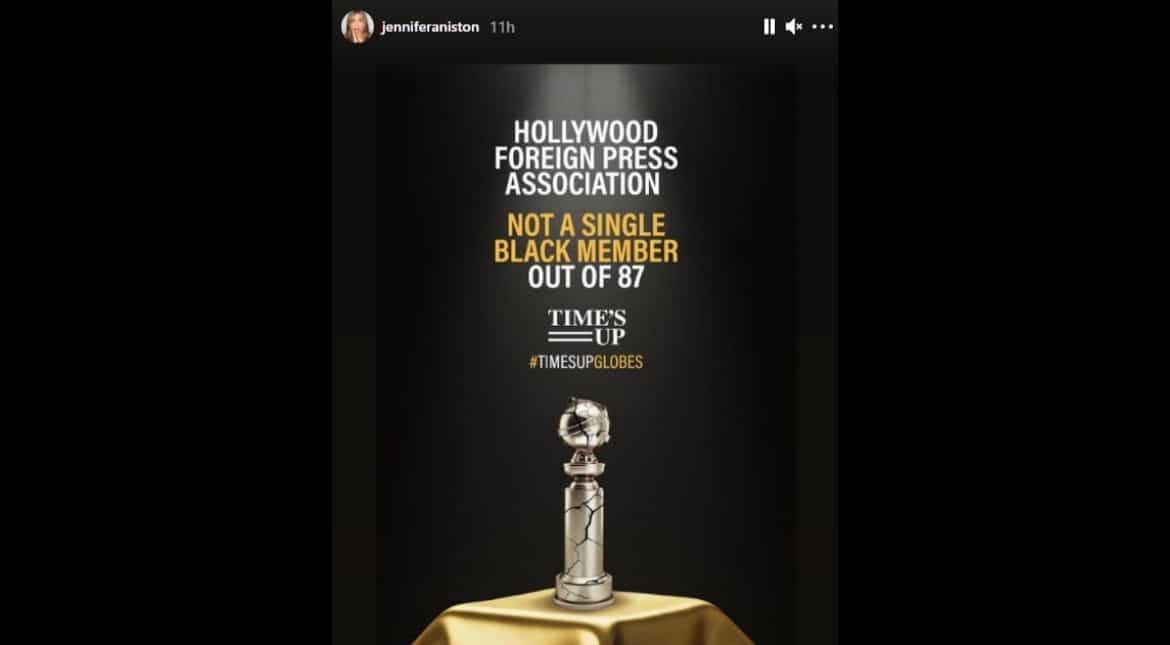 Olivia Wilde tweeted, "I support and congratulate all the nominees, but the HFPA needs to change in meaningful ways. Cosmetic fixes are not enough. "

Viola Davis wrote, "Telling the world you're trying is not doing." ~Shannon L. Adler. The journey of a Black artist is littered with obstacles in creating, developing and being acknowledged for our work. If we continue to keep silent, the younger generation of artists will have the exact same load to carry. No more excuses. #TIMESUPGlobes #TIMESUP"