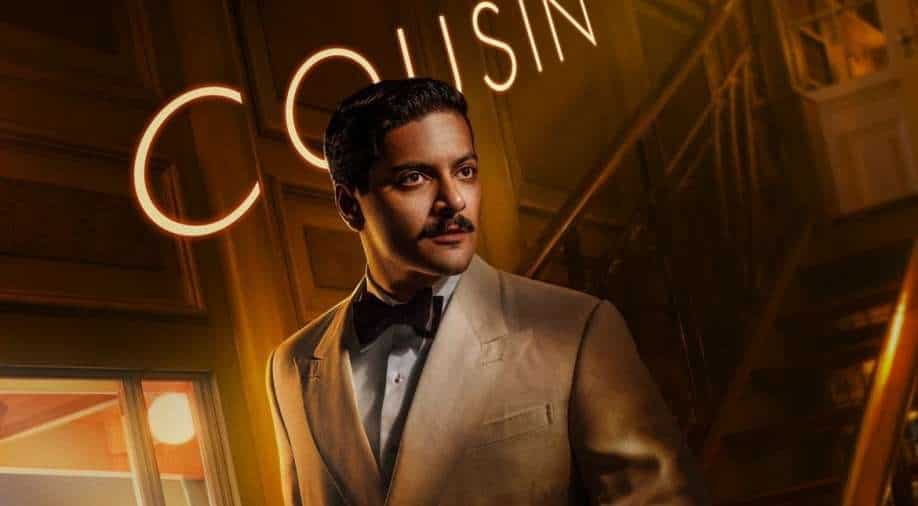 Ali Fazal in the poster of 'Death on The Nile' Photograph:( Twitter )

Indian actor Ali Fazal plays the cousin in Kenneth Branagh's ensemble film 'Death On The Nile'. The makers released the character posters from the film on Wednesday which give more details of the characters each of the actors are playing in the whodunnit which is based on Agatha Christie's book by the same name.

All aboard!🛳 In one month, #DeathOnTheNile arrives exclusively in theaters February 11. (2/4) pic.twitter.com/dNR3ftWMTv

While Ali who is part of the prominent cast in the film will be seen essaying the character of cousin Andrew Katchadourian, one of the suspects, Gal Gadot will essay the role of Linnet Ridgeway-Doyle in this classic whodunnit murder mystery.

All aboard!🛳 In one month, #DeathOnTheNile arrives exclusively in theaters February 11. (1/4) pic.twitter.com/LH5o8lbOFm

All aboard!🛳 In one month, #DeathOnTheNile arrives exclusively in theaters February 11. (3/4) pic.twitter.com/LL8pWUc2bi

'Death On The Nile' has been produced by 20th Century Fox.