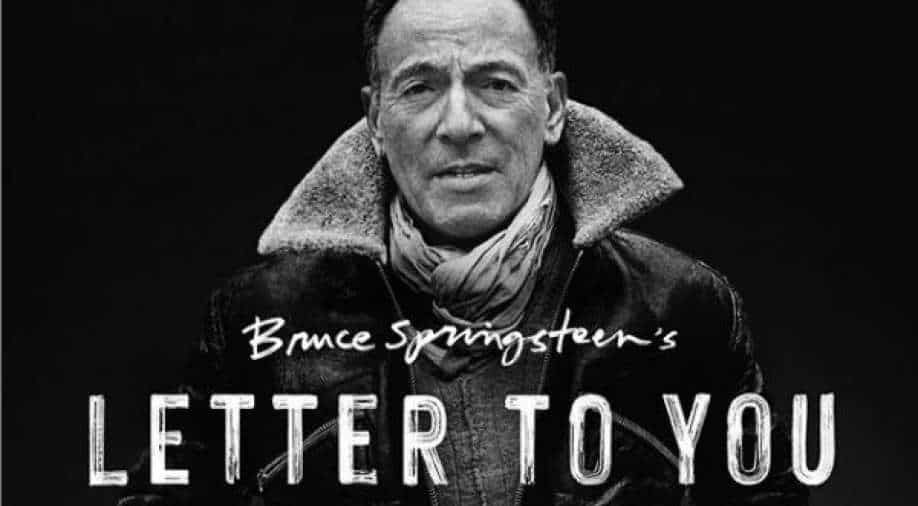 Bruce Springsteen recently released his new album 'Letters For You'.

This is the singer's 21st album to enter the Top 10 charts and is the best selling album of the week.

One of the most successful rock figures of the 80s,  Springsteen started his career in 1975 with his highly acclaimed album, 'Born To Run', and hasn't stopped producing music since then.

Legendary singer Bruce Springsteen recently created history at Billboards with his latest album Letters to You. Released on October 23, 'Letters to You' has made it to the Top 5 on the Billboards chart making Springsteen the only artist to feature in the list for six consecutive decades.

As per Billboards, 'Letters to You' is the singer's 21st album to enter the Top 10 charts and is the best selling album of the week. Springsteen's last album to hit the No.1 sales list charts was 2014's High Hopes.

One of the most successful rock figures of the 80s,  Springsteen started his career in 1975 with his highly acclaimed album, 'Born To Run'. He became an i9con in the 80s with back to back hit albums like 'Born in The USA', and songs that later procured the title of cult-classics - 'Hungry Heart', 'Dancing in The Dark', 'Glory Days', and many more. Known for his poetic, socially conscious lyrics, the singer-songwriter has won over twenty Grammy Awards, two Golden Globes, and an Academy Award in his career spanning over six decades.

Welcome fans and friends from all over the world. Over here on E Street, we are excited about the release of our film #LetterToYou on Oct. 23rd. This is the first thorough documenting of the E St. Band at work. We filmed the five days of “Letter To You” sessions, and you will get to see the band and myself piecing together the arrangements and recordings that comprise our latest release. Directed by @tzimnyc with cinematography by @joedesalvodp and starring the E St. Band, it’s an intimate and revealing look at the 45 year partnership and work process of the E St. Band. Enjoy, Bruce Springsteen

Springsteen is a proud receiver of the Presidential Medal of Freedom in 2016, by former US President Brack Obama and is featured in Rock and Roll Hall of Fame.