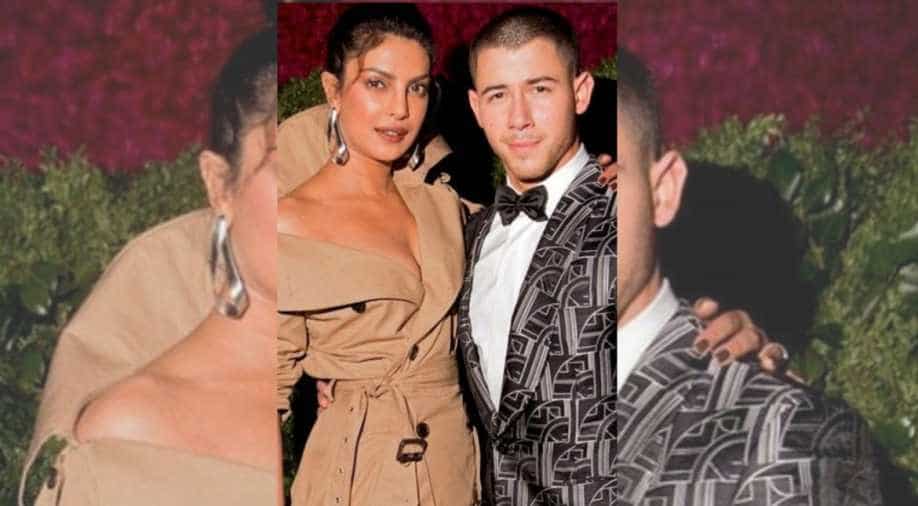 While her Bollywood friends are partying in Switzerland, Priyanka was clicked in Delhi.

Social media has been buzzing with pictures of  Akash Ambani and Shloka Mehta's fairytale pre-wedding bash at Switzerland. Celebrities like Shah Rukh Khan, Aamir Khan, Ranbir Kapoor, Alia Bhatt, Arjun Kapoor and Vidya Balan have flown to St Moritz to celebrate but Priyanka Chopra and her husband, American singer Nick Jonas have been conspicuous of their absence.

Priyanka instead shared a photo of her and Nick from New Delhi and captioned it as, "Best travel buddy ever..hello Delhi.. so good to be back.. @nickjonas"

Best travel buddy ever..hello Delhi.. so good to be back.. ❤️🇮🇳💋 @nickjonas

Priyanka is known to be close to the Ambanis so her absence from the celebrations made fans wonder why she was in Delhi. Turns out, her younger brother Siddharth got engaged on Wednesday in Delhi.

Priyanka shared photos of the Roka ceremony and wrote, "So proud of my baby brother. Ishita welcome to the family.. you r so beautiful together.. I wish you both the best for the future ! Happy Roka!! @ishittaakumar @siddharthchopra89"

So proud of my baby brother. Ishita welcome to the family.. you r so beautiful together.. I wish you both the best for the future ! Happy Roka!! @ishittaakumar @siddharthchopra89 ❤️🎉

Priyanka tied the knot with Nick in December and it was nothing less than a wedding straight out of a fairytale.

The couple had two wedding ceremonies - Hindu and Christian - and multiple receptions that followed.

On the work front, reportedly, Priyanka will fly to Mumbai on Thursday for shooting the last leg of ‘The Sky Is Pink’.

The film marks her return to Bollywood after a hiatus of almost four years. Her Hollywood film ‘Isn’t It Romantic’ will release on Netflix on February 28.