Here's why Kartik Aaryan has been avoiding the camera of late 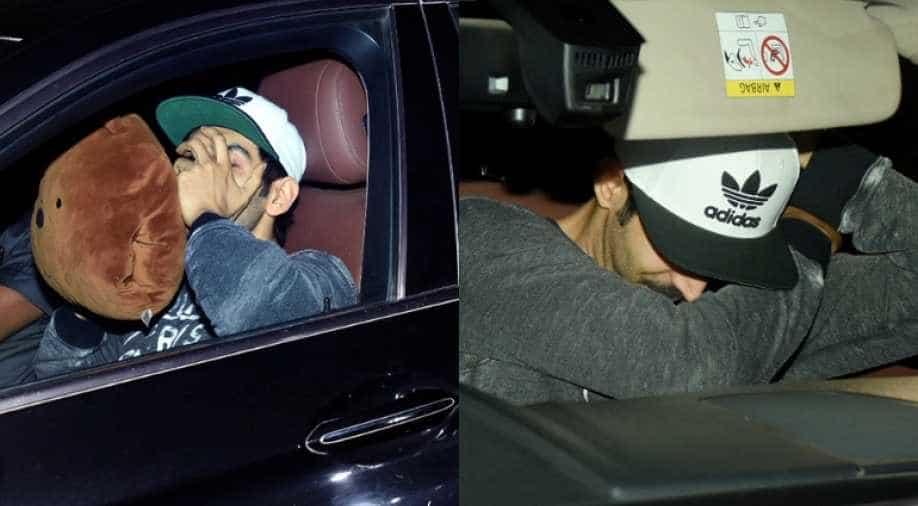 Kartik Aaryan has been avoiding the media during his recent outings. (Image by Yogen Shah) Photograph:( WION Web Team )

On Tuesday, putting all speculations to rest, Kartik revealed his new look for the film ' Pati, Patni Aur Woh'.

Kartik Aaryan, India's current hearthrob has been avoiding the papparazzi of late. The actor has been spotted covering his face during public outings which had led to speculations about his new look.

On Tuesday, putting all speculations to rest, Kartik revealed his new look for the film ' Pati, Patni Aur Woh'. Kartik has gotten rid of the stubble, got hir cropped and is now sporting a mustache. The actor took to Twitter to indtroduce his character Chintu Tyagi.

#kartikaaryan hides his new film look as he exits with #ananyapandey

The remake of the 1978 film is being directed by Mudassar Aziz, who has previously helmed films like `Dulha Mil Gaya`, `Happy Bhag Jayegi` and `Happy Phirr Bhag Jayegi`.The film is an adaptation of the 1978 drama with the same title, which featured Sanjeev Kumar, Vidya Sinha and Ranjeeta Kaur in the lead roles.

The film revolves around Ranjeet (Sanjeev), who has a son with his wife Sharda (Vidya) and is also involved with his secretary Nirmala.The picture shared from the film sets featured Kartik Aaryan, Ananya Panday, director Mudassar Aziz and the producers.The film will see Bhushan Kumar (of T-Series), Abhay Chopra and Juno Chopra (of BR Studios), once again join forces after `Bhoothnath Returns`.