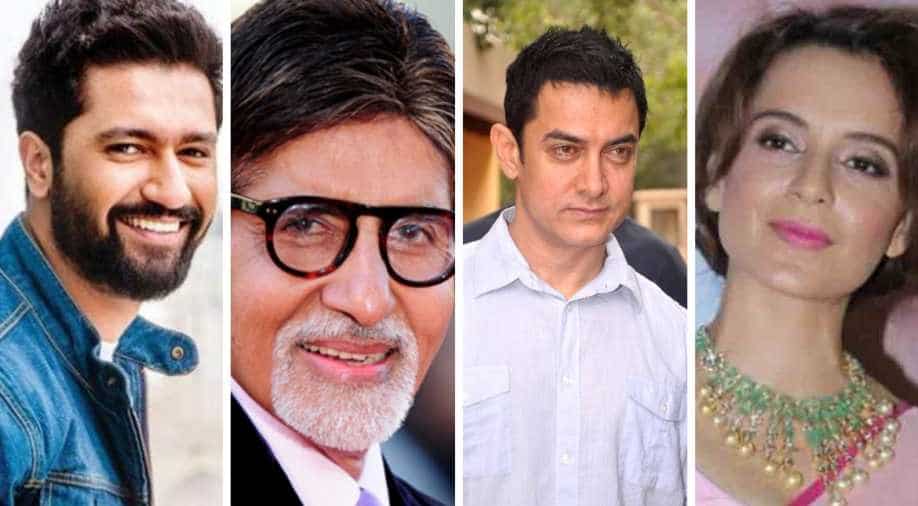 Bollywood celebs took to their social media profiles to reach out to fans and followers.

India today celebrates its 73rd Independence Day as the nation comes together with new hopes and dreams. As people wish each other in the country on this historic day, Bollywood celebrities too took to their social media profiles to wish their fans and followers.

From Amitabh Bachchan who posted a photo of self as he salutes the Indian National Flag to Vicky Kaushal who posted a picture of him waving the flag on a busy street, celebs personalised their messages as they wished the nation.

As we step into the 73rd year of Independence, here’s saluting India’s brave hearts who won us our freedom. जय हिंद। #स्वतंत्रतादिवस 🇮🇳

Wishing everyone a very #HappyIndependenceDay. Today let’s introspect on what it means to be an Indian and how we can be better citizens.#JaiHind 🇮🇳 pic.twitter.com/btAlE5B9Vr

Vicky Kaushal and Ayushmann Khurrana were recently in news as the two stars won the Best Actor at the National Awards 2019.

Happy Independence Day to my fellow Indians all over the world. Ours is one of the greatest nations in the world. Let us stay united and take our country to greater heights. हम सभी को स्वतंत्रता दिवस की हार्दिक शुभकामनाएँ। भारत माता की जय। वन्दे मातरम्। 🙏😍🇮🇳🇮🇳🇮🇳 pic.twitter.com/pm4cmadiSY

It's been 73 years that we are liberal. Yet the demons of prejudice, hostility and rage has caught our actions up. Let's feel the freedom in it's true sense! 🇮🇳 #IndependenceDayIndia #JaiHind

We salute and applaud the brave men and women who fought valiantly for our independence....we celebrate a country with the largest heart....JAI HIND #HappyIndependenceDayIndia pic.twitter.com/Cc4kZgQb3D

Today is the day we celebrate together. Celebrating love, prosperity and unity for the years to come.
Happy Independence Day!
To Freedom and Pride.#IndependenceDay pic.twitter.com/FbHzN6tQH3