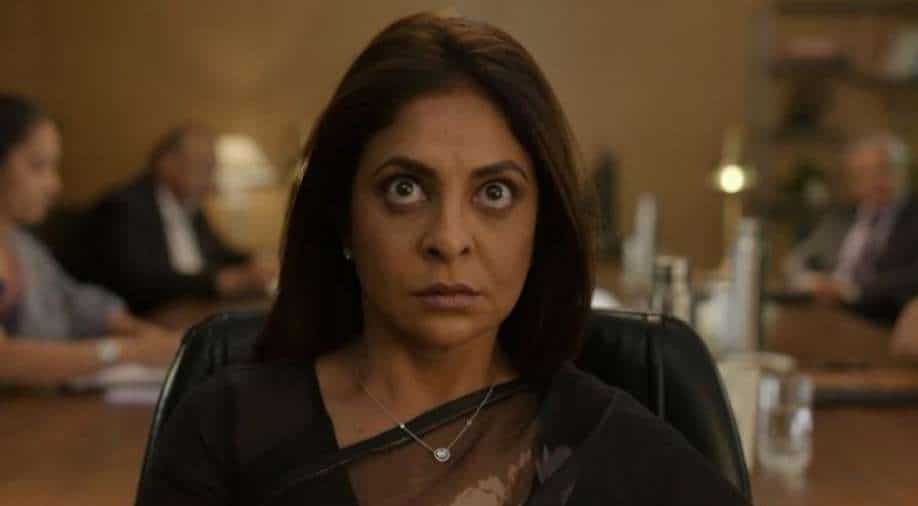 Shefali Shah in a still from 'Human' Photograph:( Twitter )

In an exclusive chat with WION, Shefali Shah opened up about her process of working, her new web series ‘Human’ and how digital has been a boon for an actor like her.

Shefali Shah has always carved her niche in whichever medium she’s been a part of. The actress has dabbled in TV shows, has been part of blockbuster Bollywood films and has also worked in art-house cinema. In the last few years, with the advent of OTT in India, Shefali has appeared in some memorable roles and characters on the digital space- creating an impact with each of her outings.

In an exclusive chat with WION, Shefali Shah opened up about her process of working, her new web series ‘Human’ and how digital has been a boon for an actor like her.

Produced by her husband, filmmaker Vipul Shah- who also serves as the co-director of the medical drama, ‘Human’ is a grim story of drug trials that are conducted on unsuspecting humans. Shefali plays Neuro-surgeon Gauri Nath head of a hospital chain in Bhopal. The show also features Kirti Kulhari, Ram Kapoor, Indraneil Sengupta and Vishal Jethwa in key roles.

Known to play intense characters on screen, is it challenging to switch off from a character and take up something equally difficult in the next project, we ask. “Not difficult to switch off and on. The thing is I get obsessed with what I am doing. So when I am doing a project, I am completely submerged with it but at the same time when you are playing a character like Gauri Nath, you can't carry her back home with you. I can't disconnect as an actor. As a person I have to disconnect, I can’t carry these characters home.”

‘Human’ deals with drug trials that are conducted on humans and their side effects which often go unnoticed. Shefali admits that when she had first read the story she was shocked. “ I mean I have read about drug trials and have seen a couple of things regarding that online but I did not know the magnitude and the depth of it completely. What happens when a molecular composition is made and till the time it comes to the market- I didn’t know so much in detail. Did not know what extent people can go to in terms of power play and money and greed. So that was a shocker.”

Will ‘Human’ make the audience uncomfortable? “Yes, a lot of people will get uncomfortable with the show,” admits the actress.

The web series has been directed by Vipul Shah and Mozez Singh who also serves as a writer along with Ishani. Considering there were two directors on board, was it difficult as an actor to work on this project?

“Any kind of show or project is a cumulative effort- no one can work individually. They were in sync with what they wanted, how they wanted the show to look like. As individuals they were very different,” said the actress.

Shefali says that post the success of ‘Delhi Crimes’ many middle-aged actresses have aspired to do similar author-backed roles. In the International Emmy award-winning show, Shefali played ACP Vartika Chaturvedi who was investigating the infamous 16 December Delhi gang-rape case that took place in 2012. Shefali says she is fortunate to have got such a powerful role to play at her age.

“I know after ‘Delhi Crimes’, people use Vartika Chaturvedi as an example. For an actor of my age - who wasn’t till recently given such opportunities- this was a major role and it has led to more people writing roles for middle-aged women on OTT.

Shefali says the advent of OTT has opened doors for women of all ages. “Some of the top shows are women-centric- across the world, and it’s also changing in cinema,” points out the actress.

“We are talking of full-fledged characters who do not have a shelf life or age limit, who can have detailed characters. OTT gives you time to explore and express so much that cannot be done in 2 hrs time on the big screen,” points out the actress who was last seen in Netflix special film ‘Ajeeb Dastans’.

The actress, who has worked in all mediums and earned accolades in each of these spaces, says she is a greedy actor. “So many amazing stories I want to be a part of I am a greedy actor.” The actress who has made two short films in 2021 is also keen to direct a feature film in the future.

“I want to direct, but I take time to prep. So when I make a film, it will take quite a bit out of me. Right now enjoying this phase as an actor- finally doing the things I always wanted to do. But I will direct for sure.”