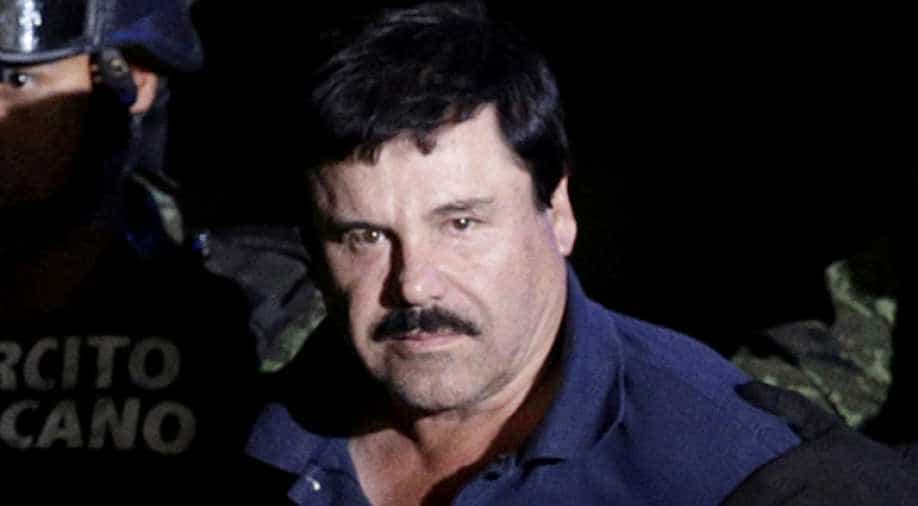 Guzman was extradited to the United States in 2017 to face charges of trafficking cocaine, heroin and other drugs into the country as leader of the cartel.

Accused Mexican drug lord Joaquin 'El Chapo' Guzman was interested in directing a movie about his life story as early as 2007, long before his well-known meeting with US actor Sean Penn and Mexican actress Kate Del Castillo in 2015, jurors in Guzman's US trial heard on Monday.

Alex Cifuentes, Guzman's self-described one-time 'right-hand man,' said he learned about a planned movie project while living with Guzman in the mountains of his boss` home state of Sinaloa from 2007 to 2009.

Colombian-born Cifuentes is one of about a dozen witnesses who have so far testified against Guzman after striking deals with U.S. prosecutors, in a trial that has provided a window into the secretive world of the Sinaloa Cartel, one of the world's most powerful drug trafficking organization.

On trial in federal court in Brooklyn since November, Guzman, 61, was extradited to the United States in 2017 to face charges of trafficking cocaine, heroin and other drugs into the country as leader of the cartel.

The alleged kingpin's silver screen dreams first surfaced after Penn wrote a story for Rolling Stone magazine in 2016 about travelling with Del Castillo to meet Guzman at a forest hideout, not long after Guzman had escaped from a Mexican prison through a tunnel.

Del Castillo, who once played a drug trafficker in a well-known Mexican TV soap, revealed soon after the article was published that the meeting came about because Guzman's lawyers had reached out to her about a possible movie.

When Guzman was eventually recaptured in 2016, Mexico's then-Attorney General Arely Gomez said his contact with 'actresses and producers' was an 'important aspect that helped locate him.'

Cifuentes own wife first urged Guzman to make a biopic around 2007, Cifuentes said on Monday. Cifuentes said Guzman hired a Colombian producer and planned a book tie-in, and the project got as far as a draft that was shown to his lawyers.

In his testimony, Cifuentes also offered jurors a glimpse of Guzman's life as a fugitive in the mountains. On a typical day, Cifuentes said, Guzman got up at noon, received messages from his personal secretary and then made calls while strolling under the trees.

Cifuentes said that Guzman ordered him to kill the cartel's communications expert, Christian Rodriguez, after learning that he was cooperating with the FBI.

Cifuentes said he was unable to track down Rodriguez, who now lives in the United States and testified at the trial last week because he did not know his last name.