Dakota Johnson and Tracee Ellis Ross to star in 'Covers' 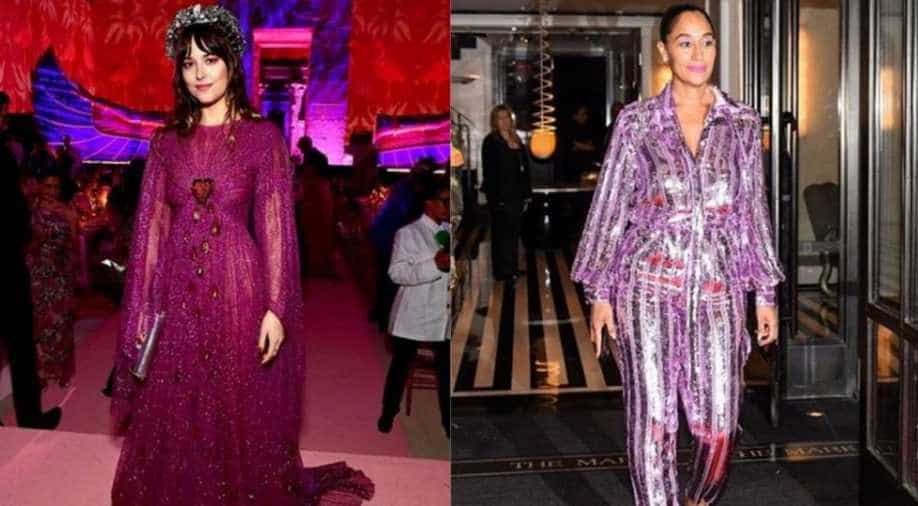 Dakota Johnson will next appear in an adventure film 'The Peanut Butter Falcon' and a psychological horror film 'Wounds'.

Actors Dakota Johnson and Tracee Ellis Ross have been roped to star in the upcoming comedy film titled 'Covers'.

The comedy film revolves around the talent, fame and fast-paced world of Hollywood's music scene.

'Late Night' fame director Nisha Ganatra is helming the movie from a screenplay by Flora Greeson, reported Deadline. Focus Features is partnering with Working Title Films for the film.

Working Title's Tim Bevan and Eric Fellner will produce the upcoming flick along with Alexandra Loewy, who will serve as the executive producer.

Johnson was last seen in the 'Fifty Shades of Grey' franchise as Anastasia Steele. She also starred in Luca Guadagnino 'Suspiria' and Fox's 'Bad Times at the El Royale'.

She will next appear in an adventure film 'The Peanut Butter Falcon' and Babak Anvari's psychological horror film 'Wounds'.

'Covers' marks the first big-screen role for Ross since 2007's 'Daddy's Little Girls', that also starred Idris Elba and Gabrielle Union. Ross is best known for her role as Dr. Rainbow Johnson on the series 'Black-ish', a role that earned her a Golden Globe for best actress in a comedy series.

Before that, she starred as Joan Clayton on the long-running series 'Girlfriends' and also appeared in the HBO movie 'Life Support' opposite Queen Latifah.

"Together Dakota and Tracee are an undeniable force of comedic talent, and along with our friends at Working Title and our director Nisha, we can't wait to see them go head to head on this new project," said Focus Features chairman Peter Kujawski.

Other details about the film including the release date are being kept under wraps.