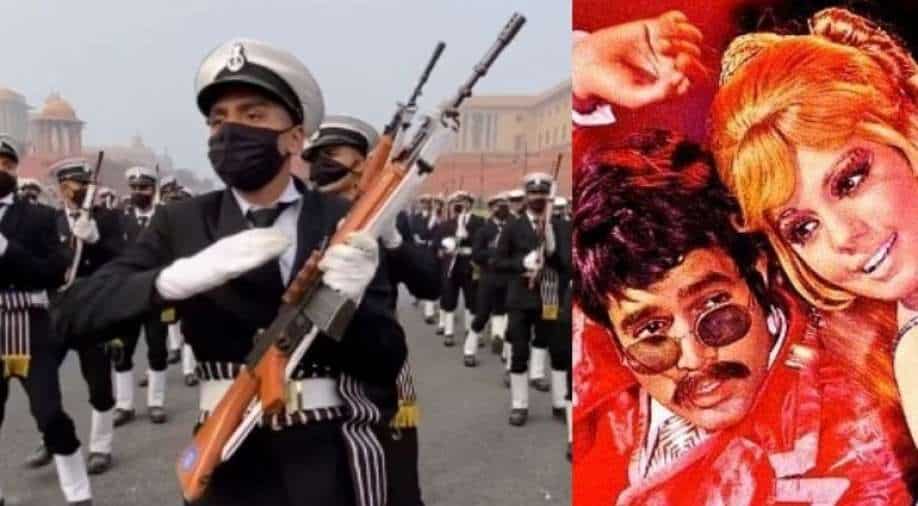 Photos and videos from the preparations are all over the Internet and netizens are praising the spirit & energy of the military personnel.

The rehearsals for India’s 73rd Republic Day parade, on January 26 are in full swing in New Delhi. Like every year, there will be a grand parade showcasing India's heritage with the Army march, daredevil stunts and tableaux from different states.

Photos and videos from the preparations are all over the Internet and netizens are praising the spirit & energy of the military personnel.

Among many others, one video of the Indian Navy has gone viral on social media. The short clip shows the Navy men grooving energetically to the beats of a Bollywood song during rehearsals.

Indians are loving the short clip, a internet user took to the comment section and wrote,  ''This is amazing''. Another wrote, ''U made my day buddy❤❤❤❤❤''.

Woooow, these evergreens are very special when played by Army band, nothing less then original:)

Meanwhile, this year, numerous changes are being incorporated for the annual event. The start time of the parade has been changed to 10.30 am instead of 10.00 am for better visibility in the flypast event and others.

On the day, the country marks and celebrates the date on which the Constitution of India came into effect on 26, January 1950, replacing the Government of India Act (1935) as the governing document of India and thus, turning the nation into a newly formed republic.

The Constitution was adopted by the Indian Constituent Assembly on 26 November 1949 and came into effect on 26 January 1950 with a democratic government system, completing the country's transition towards becoming an independent republic.