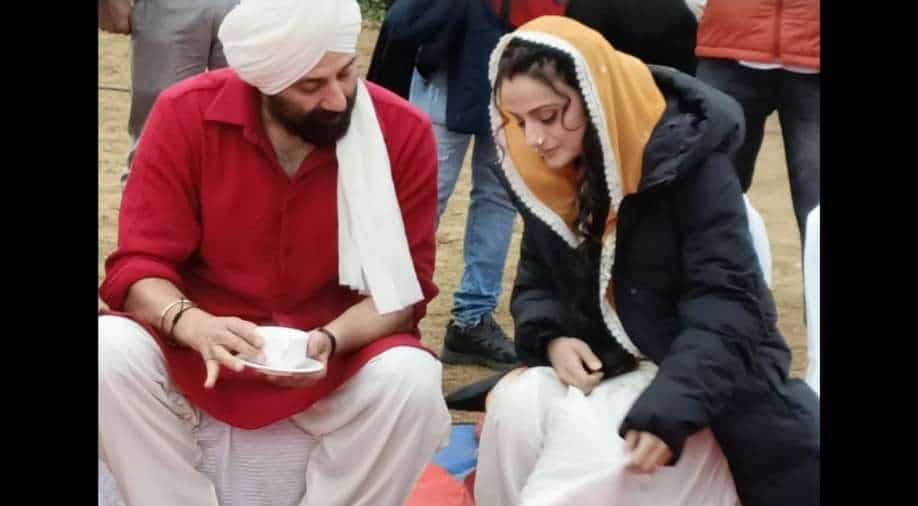 After stunning his fans with updates on his upcoming film, much-awaited sequel to 2001 hit Gadar, the first on-set pictures are out. In the pictures released, Ameesha Patel and Sunny Deol can be seen in their element as they reunite after a gap of 20 years.

The original actress of the film, Ameesha Patel, shared a few glimpses on her social profile as she looked pretty in Indian attire.

#GADAR 2 shoot mode .. Tara Singh @iamsunnydeol and Sakeena (me) in deep conversations… Any guesses what we are talking about ??? 💖💖💞💞🌈🌈🧿 pic.twitter.com/Ue1l2dTyDJ

The two actors can be seen posing with army officers for a picture. The mahurat clap was done by a senior Army Officer.

Ameesha thanked an Army General for being present on the set of Gadar 2. She wrote, “The General was kind enough to grace the occasion.”

While Sunny Deol wore a red kurta with white pyjamas and pagdi, Ameesha Patel was seen in a white suit paired with an orange dupatta.

‘Gadar 2’ will be produced by Zee Studios and Anil Sharma Productions, directed by Anil Sharma, and written by Shaktimaan.