'Hungama 2' trailer: Priyadarshan returns to films with what he knows best, comedy 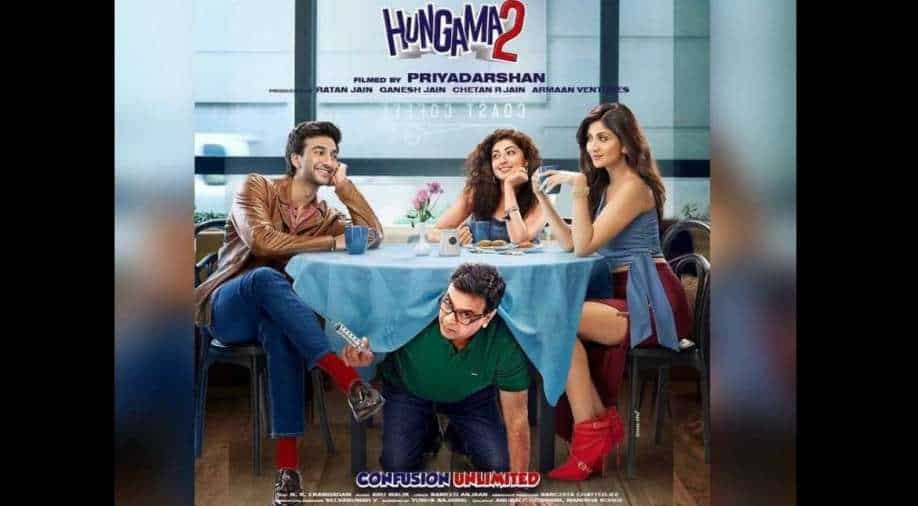 Akshay Kumar launched ‘Hungama 2’ trailer released as the Khiladi comes back with a sequel to comedy film.

Directed by Priyadarshan, ‘Hungama 2’ stars Meezaan Jafri and Pranitha Subash in lead roles. It also features Paresh Rawal and Shilpa Shetty. The film is scheduled to release on Disney+Hotstar on July 23.

Along with the trailer, Akshay wrote, "Hungama 2 Trailer Happy to launch the trailer of my dear friends, Priyadarshan Sir, #PareshRawal and Ratan Jain's next #Hungama2, a crazy laugh riot. Good luck to the team! (sic)."

Just like the first film, this one boasts of an ensemble cast. The trailer begins with a discussion on who is the father of Pranitha Subash's child. Meezaan Jafri is seen explaining to Ashutosh Rana that it is not his child. We then see Meezaan talking to Paresh Rawal, who plays Shilpa Shetty's husband in the film. A confusion is thus created where Rawal thinks that his wife is having an affair with Meezaan.

It is a successor to the director's 2003 hit, Hungama. The shooting of the film was wrapped up in February this year. The Hungama 2 will mark Priyadarshan's return to Bollywood after an eight-year-long hiatus.