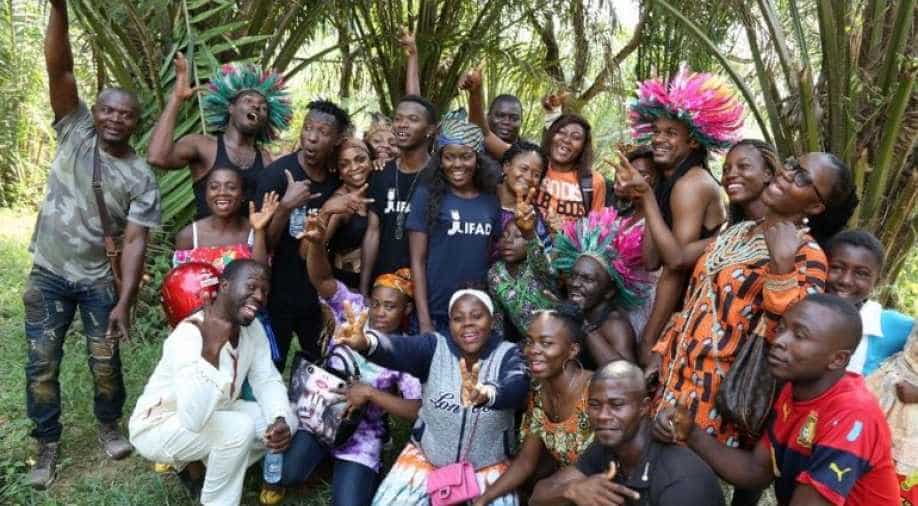 As women in brightly printed dresses make fruit juice and tend chickens, 24-year-old Silver shows them how to dance along to lyrics by Nigeria's Mr Eazi - "More farming, more freedom" - in a push to get more young Africans to work in agriculture.

After tackling US racism in Childish Gambino's Grammy award-winning 'This is America', choreographer Sherrie Silver's latest project features her dancing to Afrobeat on a farm with dozens of young Cameroonians, in a bid to end poverty and hunger.

As women in brightly printed dresses make fruit juice and tend chickens, 24-year-old Silver shows them how to dance along to lyrics by Nigeria's Mr Eazi - "More farming, more freedom" - in a push to get more young Africans to work in agriculture.

"It's kind of like an online dance protest," the 25-year-old Rwandan-born choreographer told the Thomson Reuters Foundation.

"Once we get all the youths doing this ... it's going to get the attention of policymakers and leaders, and they can designate more funding towards rural youth."

One in five people in Africa are hungry, according to the UN Food and Agriculture Organization (FAO), and young unemployment is a major issue, driving millions to risk their lives migrating in search of better opportunities in Europe.

Yet Africa has 65% of the world's uncultivated arable land, according to the African Development Bank, and greater investment in agriculture could turn it from a food importer into an exporter, and create jobs for young people.

"Across Africa, it's almost like we're blessed with good lands. So I felt the quickest way to financial freedom is straight up farming," said Mr Eazi.

Silver said she believes "rural youth can feed the world".

"But they're kind of invisible. They don't necessarily have access to get their views across, especially to presidents and leaders. They need somebody like me ... to get the word out."

Silver was born in 1994 when Rwanda was convulsed by a genocide that killed 800,000 Tutsis and moderate Hutus and moved to Britain with her mother when she was five.

She remembers her grandparents planting yams on their farm, which gave her an enduring affinity with agriculture, she said.

Silver's most high-profile project to date is 'This is America', a searing indictment of police brutality which has been watched almost 550 million times on YouTube.

The video won both record and song of the year in February's Grammy awards, becoming the first hip hop track to win either of the top categories in 61 years.

She is asking young people to record and share a 15-second dance video with the hashtag #DanceforChange in support of the UN International Fund for Agricultural Development-led campaign, which was launched on Wednesday.

"This is a unique way to get the attention of youths," she said.