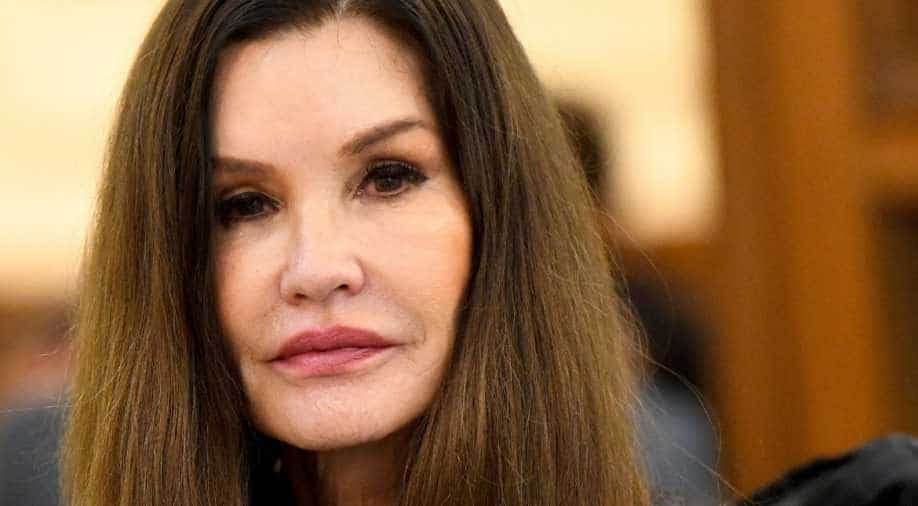 Dickinson, a successful model in the 1970s and 1980s who also appeared in several television shows, is one of dozens of women who have accused Cosby of sexual assault.

Actor Janice Dickinson reached a settlement with Bill Cosby's insurance company on Thursday, ending a civil lawsuit she filed against the comedian after his representatives disputed her account that he had raped her, her lawyer said on Thursday.

Dickinson, a successful model in the 1970s and 1980s who also appeared in several television shows, is one of dozens of women who have accused Cosby of sexual assault. Some of the allegations date back decades.

Her attorneys reached an agreement with Cosby's insurer, American International Group Inc (AIG) <AIG.N>, despite objections from his lawyers. Financial terms of the settlement were not disclosed.

Cosby, the once-beloved star of American hit television sitcom 'The Cosby Show,' was convicted last year of three counts of aggravated indecent assault for drugging and sexually assaulting a former friend, Andrea Constand. He is serving a three to 10-year prison sentence in Pennsylvania.

"Janice Dickinson and all of the Bill Cosby accusers, most of whom came out in 2014, some of them as early as 2005, were really pioneers and paved the way for the #MeToo movement," Dickinson's attorney, Lisa Bloom, said at a news conference in Los Angeles.

The #MeToo movement refers to the wave of women who went public in 2017 with allegations of assault and sexual harassment at the hands of powerful men in media, politics and business. The revelations led to job dismissals, contract cancellations and in some cases criminal charges.

Cosby's spokesman Andrew Wyatt said in a statement that if the case had proceeded to trial, a jury would have found Dickinson did not suffer defamation.

Dickinson's lawsuit followed a 2014 television interview in which she accused Cosby of raping her in 1982. Prosecutors were unable to pursue criminal charges because the statute of limitations laws prohibit prosecutions on years-old allegations.

Martin Singer, who represented Cosby at the time, sent letters to other media outlets warning them not to publish Dickinson's "defamatory fabrication," adding that she was "seeking publicity to bolster her fading career."

A subsequent news release from Cosby's team said Dickinson was lying and in 2015 she sued for defamation, claiming the letter and news release aimed to destroy her reputation.

Cosby's attorneys, in seeking to have the civil lawsuit dismissed, appealed to the U.S. Supreme Court, which rejected the case.

"Truthfully, a settlement is a victory and certainly a measure of justice and helps me sleep better, but in reality nothing can ever erase the experience and memories of an assault," Dickinson said at the news conference.

Last month, Cosby's attorneys urged the appellate-level Pennsylvania Superior Court to either throw out his guilty verdict in the Constand case or grant him a new trial.