BTS to present at the 2019 Grammy Awards 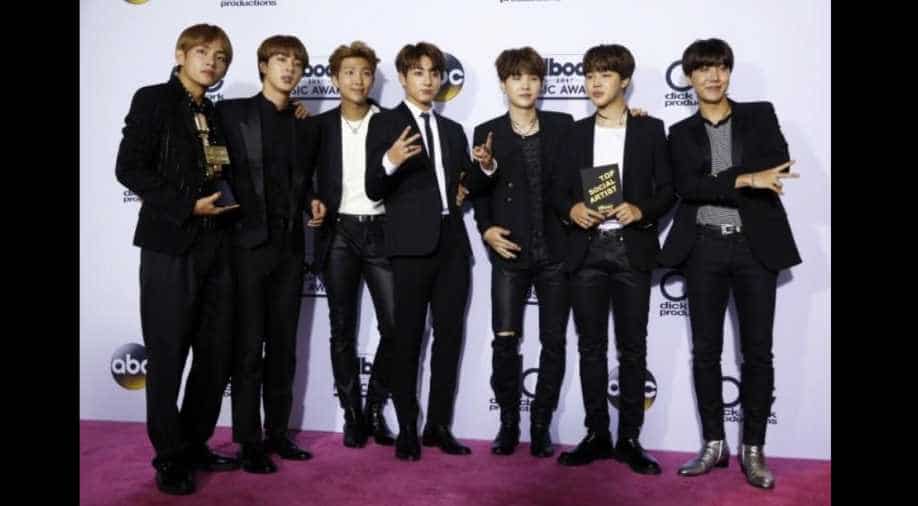 The 61st annual Grammy Awards will run from Los Angeles on February 10, 2018.

Rejoice, as now the world’s most favourite boy band BTS is set to turn presenters for the 2019 Grammy Awards.

The K-pop boy band that gained prominence for their different-sounding music are also up for one Grammy this year, however, it’s not a direct one. They have been nominated for Best recording package (that is, artwork) for their ‘Love Yourself: Tear’ album. In this, they are nominated alongside Seoul-based branding outfit HuskyFox.

In that list, they are nominated along with St Vincent’s ‘Masseduction,’ Mitski’s ‘Be the Cowboy,’ the Chairman’s ‘The Offering,’ and Foxhole’s ‘Well Kept Thing.’

The Grammys will be hosted by Alicia Keys and the performers confirmed for the event include Camila Cabello, Cardi B, Brandi Carlile, Miley Cyrus, Dan + Shay, H.E.R., Post Malone with the Red Hot Chili Peppers, Shawn Mendes, Janelle Monáe, and Kacey Musgraves.

Meanwhile, nominees Taylor Swift and Maroon 5 will not be attending. Swift is up for one award, best pop vocal album (‘Reputation’), and Maroon 5 is nominated for best pop duo/group performance (for ‘Girls Like You,’ with Cardi B).

The 61st annual Grammy Awards are produced by AEG Ehrlich Ventures for the Recording Academy. Ken Ehrlich, Ben Winston are the executive producers, Louis J. Horvitz is the director and Chantel Sausedo is the producer. The writers of the show are David Wild and Ehrlich.