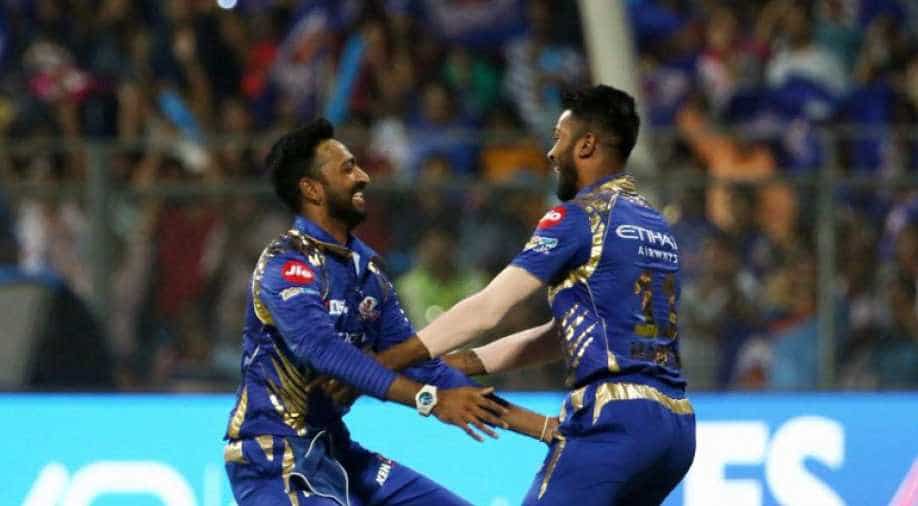 Mumbai, who are already through to the play-offs, consolidated their position at the top of the table with 20 points after their 10th victory. Photograph:( Twitter )

Chasing 174 to win, KKR were restricted to 164-8 by Mumbai Indians, who dished out a disciplined bowling effort at Eden Gardens here.

This is the sixth loss for KKR in the tournament. They are now placed at the third place with 18 points. Their fate now depends on the match between Kings XI Punjab (14) and Rising Pune Supergiants (16) tomorrow.

If Punjab wins tomorrow then three teams will be on 16 points and it will come down to the run-rate to decide the play-off line-up.

Mumbai, who are already through to the play-offs, consolidated their position at the top of the table with 20 points after their 10th victory.

Manish Pandey (33) was the top-scorer for KKR but the hosts lost too many wickets early in the innings to put pressure on the middle and lower-order.

Earlier, Mumbai Indians tested their bench with much aplomb as Ambati Rayudu and Saurabh Tiwary slammed half- centuries to lift them to 173-5.

Making his debut for Mumbai Indians, Tiwary seized the opportunity with a glittering 43-ball 52 (9x4) while Rayudu who made a comeback after more than a month was Mumbai's top- scorer with a spectacular 63 from 37 balls (6x4, 3x6).

For KKR, Trent Boult (2/30) took two wickets, while Ankit Rajpoot (1/14) and Kuldeep Yadav (1/25) took one wicket each after skipper Gautam Gambhir won the toss and elected to bowl in the match which was delayed due to rain and thunderstorm.